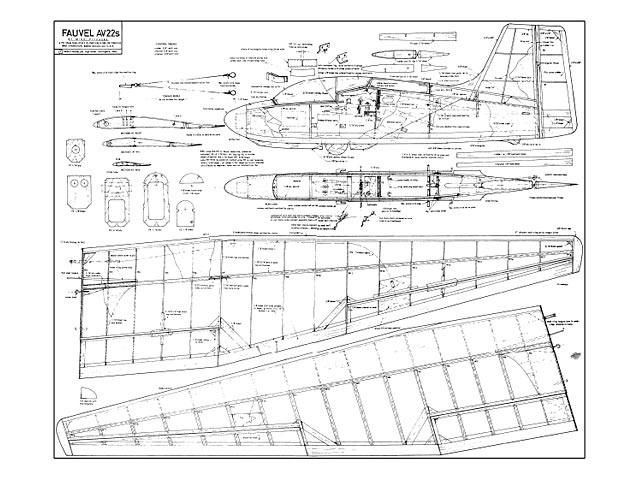 Quote: "Some years ago I borrowed a copy of 'World Gliders' from the local library, and took down details of any glider which interested me, in particular the more unusual designs. It was from these that I selected the AV 22 S as being pleasing in shape and certainly different in appearance. The original idea was to make a 1/5 scale version, about 10ft span. The model described here was built to test out the configuration on a small scale before going to the expense of the big one. I have had so much fun with the 'scale' model that I still have not started on the 1/5th version, although I have the plans ready. This, I hope, explains why the 6ft version is only semi-scale. Whilst the wings and flying control surfaces are to 1/8th scale the fuselage construction is simplified and slimmed down somewhat (the prototype is elliptical and more dumpy looking). The model has a fast flat glide and is very manoeuvrable and acrobatic, and has some tricks up its sleeve. It is best flown on a slope where it can cope with quite strong winds but thanks to the flat glide, will continue airborne in light conditions. Using the tow-line bridle (see plan) I have flown mine with a normal tow-line and a good fast runner; also with a bungee - and even r.o.g. with a power winch... " 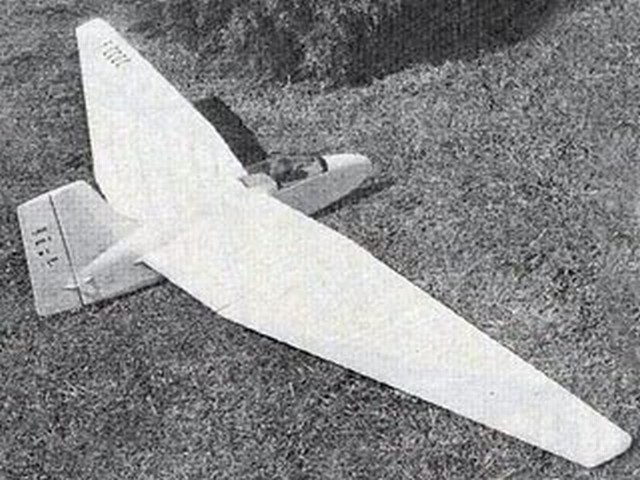