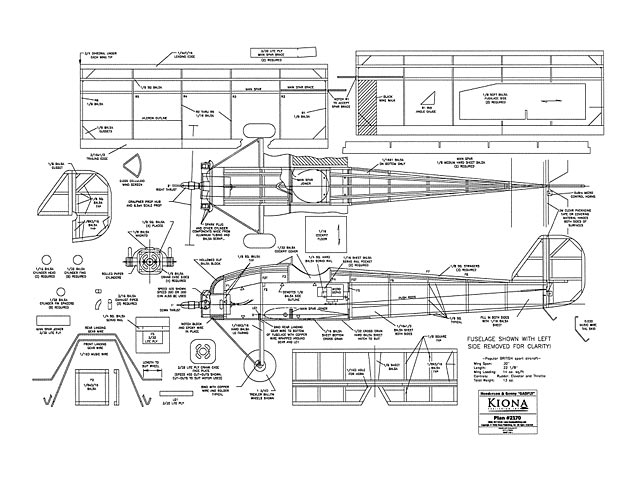 The Henderson-Glenny HSF II Gadfly was the result of a collaborative effort between Colonel GLP Henderson, who ran a successful flying school at Brooklands in the UK, and wealthy businessman AP Glenny, who made his fortune in the wool business. Henderson set out to produce an inexpensive, no-frills single-seat aircraft because of the then-new regulations required to obtain a 'B' flying license in the UK in 1929 and the lack of suitable light and inexpensive aircraft at the time. He wanted his aircraft to be inexpensive to both build and operate for those students who needed to acquire the minimum 100 hours of stick time required under the new license requirements. Mr Glenny was a previous student of Mr Henderson's who agreed to finance the Gadfly project. Thus, the Henderson-Glenny Gadfly was born.

The design of the actual aircraft was entrusted to KN Pearson, who had previously worked for the Hawker Aircraft Company. The Gadfly was constructed of wood and fabric, and was powered by a 40-hp, 2-cylinder, air-cooled ABC Scorpion engine. The prototype first flew in April 1929 and was piloted by Hawker test pilot Edward 'Tiny' Scholfield. The test flights were successful. Indeed, the design was good enough that the prototype established an altitude record of 9,915 ft for a single-seat aircraft weighing less than 200 kg (440 lb) on May 17, that same year. The Gadfly obtained its Certificate of Airworthiness in September 1929.

Despite the Gadfly's qualities, it was not destined to be a production success. Only three aircraft were ever completed. The third and last Gadfly was scrapped in 1933.

My Own Gadfly: I love the look of of this British sport plane, so I set out to design and build one for electric power. The result is a model of simple tried-and-true balsa and light plywood construction. Building one should not be a struggle for even the most inexperienced modeler.

I covered my model with Litespan, leaving the nose block and fake Scorpion engine to be painted. On the original aircraft, there is a spreader axle that connects the bottom portion of the landing gear. The plans do not show this bar. Although I did try building a model with the spreader, I found that every time I landed the model on the grass, it violently flipped the model over, so I was forever fixing the top of the rudder! Removing this wire has made high-grass landings much more forgiving. If you fly from a well-kept grass or hard surface field, you can install a spreader bar as an added scale detail from the full-size Gadfly.

The fuselage is a bit tight and requires small radio equipment. In the case of my model I used two Hitec HS-55 servos for control power. I incorporated 1/64 plywood hatches - one forward and one aft of the rear landing gear cross member - to allow access to the motor and radio installation. The size and configuration of the hatches on your own Gadfly are left to your own tastes.

I powered my model with an inexpensive 7.2-volt Speed-400 motor. That turned out to be much more power than the Gadfly needs for good performance. She will fly just fine on a good Speed-280 or Speed-380 size motor. My Gadfly flew right off the bench, and has accumulated many hours of flight time to date. She handles very well at slow speeds, and is very maneuverable at half throttle. Hand launches aren't tricky in any way as she climbs out very nicely. I have no experience with taking off from the ground with the Gadfly (due to the previously mentioned grass runway from which I fly), so you would be on your own here." 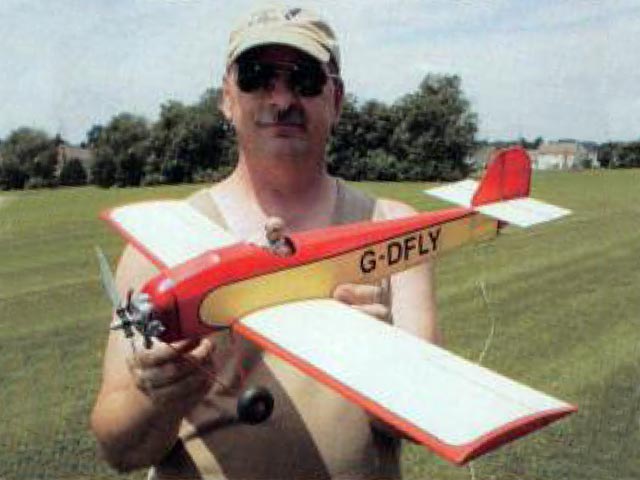