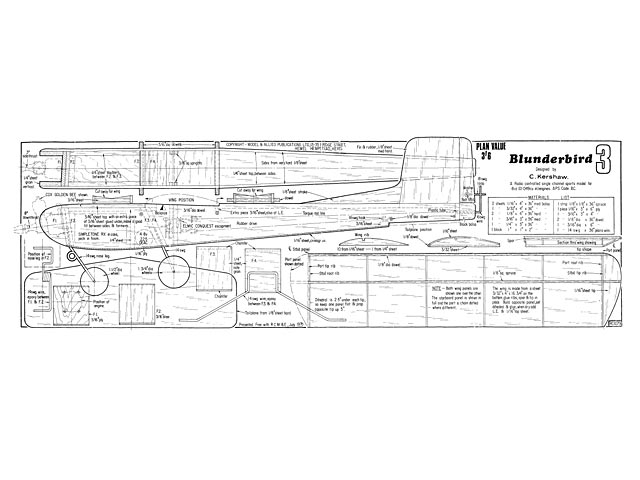 THE drama remains the same, only the actors and props have changed. Twenty-five years ago he paid half-a-crown for a mottled sheet of Utility paper and a bundle of 1/16 in. obechi - that is, a 16 in wingspan flying-scale rubber (unobtainable of course) powered Spitfire. After incredible Croidian labours he carried his brainchild to the nearest bombed site or allotment, and heaved. The curtain fell with a crunch. A few years later the reintroduction of balsa prolonged the finale to five seconds, but the result was almost always the same; enthusiasm died with that first model, and another budding acromodeller was lost.

Nowadays it is father who forks out ten quid for a 16 in wing-span. ready-to-go, flying-scale, control-line, unbreakable plastic Spitfire. A fortnight after Christmas the nurseries of our land are filled with mangled plastic and redundant .049 glow motors.

In an effort to retain some of the precious enthusiasm of my pupils I formed a club, designed a model around these engines, and kitted it at £1. For this the kids got pre-cut balsa and ply, wire, wheels, dope, tissue, plan, cement, bolts - the lot, including a one-ninth share in a tin of fuel-proofer. All materials were bought by me at normal retail prices, without even an Educational Discount. I selected the balsa. I object to paying through the nose for a kit (let's face it, Blunderbird's nearest commercial counterpart costs £4.9.7d) only to reject half the contents as too soft, unbalanced, short-grained. and for a beginner this can be disastrous.

It was intended to call the series Thunderbird 1, 2, 3, 4 and 5. Gazing fondly but rationally upon my kids I amended this to 'Blunderbird'.

Instead of die-cutting I sawed out the parts on the school jig-saw. It is nothing like so difficult or tedious as one might imagine. On hard 1/8 balsa, mark the positions of wing and tailplane dowels. Square up stack of sheets below the 'Master' (I used eight simply because eight boys had started bringing their half-crowns per-week), and drill through dowel holes with school bench drill. Shove scrap dowel through the holes and treat the result as an ordinary block of balsa. This way you get sixteen fuselage sides identical in shape, and providing you choose each sheet for uniform density throughout its length, they are in perfectly matched pairs.

I produced nose doublers and cheek pieces in the same way, all out of hard 1/4 in sheet. Thus all the fuselage forward of the wings has rock-hard sides 3/8 in thick..." 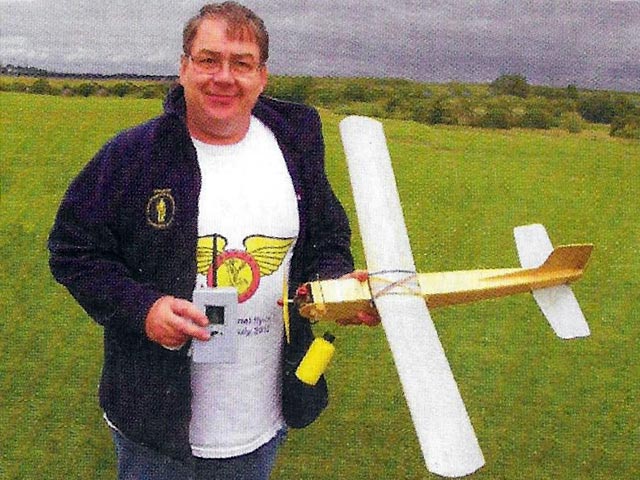