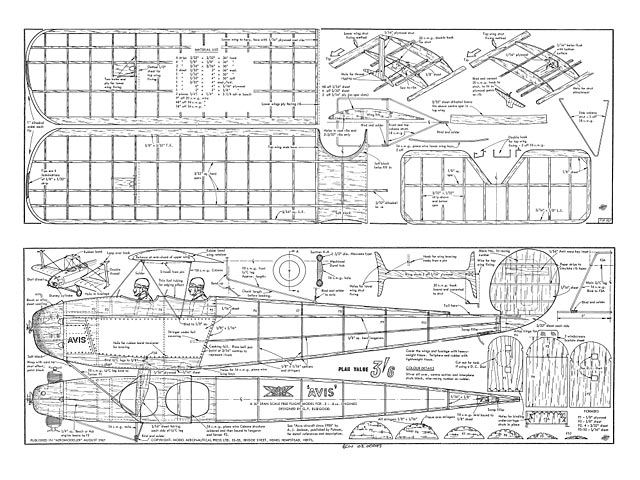 Quote: "There were many fascinating subjects among the series of light aircraft designed for the Lympne Air Trials in the mid 1920's. The English Electric Wren, De Havilland 53 Humming Bird and Supermarine Sparrow are among the better known types.

The Avro Avis was designed for the 1924 Trials and was flown by the celebrated pilot, the late Bert Hinkler. Because it was plagued with engine troubles, as were many other planes in the competition, the Avis met with only moderate success. Its one real success was in the Grosvenor Trophy where it won £100 by completing eight laps of the 12+ mile course at an average speed of 65.87 mph. The Avis was entered again in 1925 but was overshadowed by Avro's new design, destined to become famous as a club plane - the Avian. The last appearance made by the Avis was in 1927, this time flown by Sholto-Douglas, who was to become Marshal of the Royal Air Force. Finally, it was sold by Avro's and scrapped in 1931.

The model is to one twelfth scale for any of the small capacity engines. The Davies-Charlton Quickstart Dart is ideal and was used in the original, mounted with the cylinder to starboard and with a dummy 'pot' on the port side to simulate the Bristol Cherub engine,

Start with the fuselage by cutting the two front panels from F1 to F5 positions along the upper edge. Lay over plan and bottom longerons and spacers from hard 1/16 in sheet and add the top longerons. Make certain that you have a left and right side with the 1/16 sheet flush with the outer face of upper longeron in each case! Lift sides from plan as they are made and join first with F2 and F4, then pull together at the tail, joining with a scrap filler to obtain width as in plan view..."

Update 21/07/2016: Replaced this plan with a clearer version, thanks to JoeFergusson, Poacher. 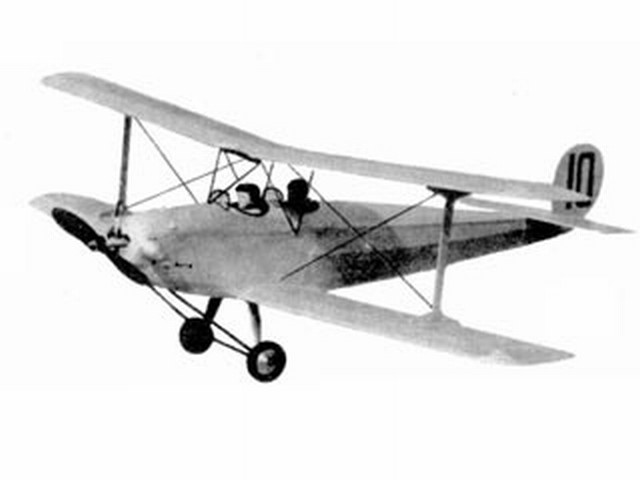