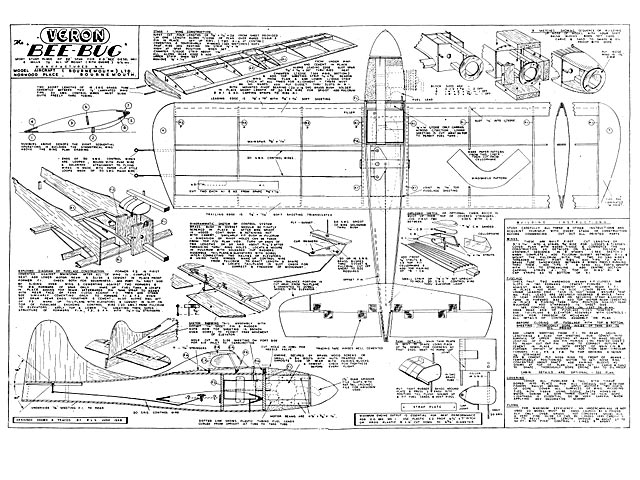 Quote: "Mind the Lines: Mike Parry takes a nostalgic trip down Memory Lane with the 22 in span Bee-Bug and Boddo Mills .75 diesel.

I began aeromodelling in the middle of the last century in the days when only two modelling magazines graced the shelves of WH Smith's emporia. I cut my fingers on KK kits and ED Racer props. Although I built a few models, despite their good looks they never really flew well. By well, I mean they never flew far enough for me to even experience some serious retrieving.

I then moved on to control-line flying, constructing a few small models, powered by a Frog 150, as this was all I could afford at the time. The experienced members of the club, fed up with trying to get just a croak out of the Frog, advised me to get a PA.W. 249. As I entered the 1960s, my new-found employment in journalism (I had a paper round!) afforded me the opportunity to purchase my first PAW for six guineas and destined to take up residence in a Frog Talon.

With this premium equipment, I learnt to fly some rudimentary control-line manoeuvres. Times were hard, having to cycle three miles to Fowler's Park in Wolverhampton, carrying the Talon on my back, flick starting with bare hands, with not a CRB check in the club and only one tin of KK diesel between us. Oh, happy days!

To broaden my knowledge of things aeronautical, I used to read the mags (Aeromodeller and Model Aircraft) and the one name that kept cropping up was a certain David Boddington. A prolific writer, he was also a good designer and any aircraft bearing his characteristic tail-fin came with a 'good-flyer' guarantee. It is often the case that when you meet someone of reputation, they can often be a disappointment. I must admit that when I met Boddo in the flesh, his reputation was enhanced.

Needless to say, when I heard that the great Boddo had created a range of CNC-built Mills engines, I was pleased to purchase one of these roaring beasts from him. I had acquired a number of these elderly engines in the original form and their performance indicated a certain lack of efficiency and punch! The Boddo Mills, as a contrast, is a gem and a joy to behold. Stuck in my engine test stand, I expected to be in for a trial of strength and patience against the Mills, all 0.75 cc of it. Surprise, surprise, the Boddo Mills coughed into life on the second flick and I ran a couple of tanks through it, using an 8 x 4 prop. Again, Boddo had failed to disappoint. I completed the running-in process (if it really needed one) and then contemplated which model could accommodate such a power-ful propulsion device.

Enter the Bee-Bug I came across a Veron plans catalogue, now being promoted by Veron designer Phil Smith, and spotted the Bee-Bug - 'It's the snappiest little stunter ever created!' Spanning a prodigious 22 inches, the Bug was specifically designed for the ED Bee, Mills 0.75 and Amco 0.87 so it certainly fitted the bill (a mere £2.25 for the plan!). The completed weight, including the engine, would reach a hefty 6.5 oz. I contacted Phil and sent an order for half a dozen of these wonderfully various designs. The service was excellent and the plans opened up a whole world of nostalgia. I studied the plans in order to decide on a rough building schedule. I noted how lightly built the models were, probably due to the limited power of engines at the time. My memory of the time was of a Frog 500 being regarded as a big powerful engine which, in more modern times, would bring a smile to most faces. With the Boddo Mills yearning to fly, I made up a kit of Bee-Bug parts and cleared the building board.

Getting cracking: With the plan resplendent on the board, the old-style layout includes stage-by-stage instruction in plain English and neat, clear diagrams of smaller installations. I was quite excited at the prospect of building the model using some more modern materials (glues, wood, covering) and an engine made to modern engineering standards. Stage 1 involves building the wing. I thought that I had cut out the ribs accurately but when it came to test fitting, I realised how small the parts were and the need for accuracy when cutting and shaping. With the bits refined, they went together quickly and the wing was completed. It did appear very light and even flimsy by comparison with other wings, but I pressed on.

The fuselage is integral to the wing and built 'in the wing' rather than being attached, after being built separately. Formers F1 and F2 need to be accurately cut so that they can accommodate the fuel tank and the engine bearers. I epoxied these in place with the engine in situ to ensure an accurate fit. The fuselage sides can now be fixed as the Bug begins to take shape. The tailplane I made separately, covering with black tissue, doped on. After sanding, the elevators were sewn on, the fulcrum added and attached to the pushrod, before gluing to the fuselage..." 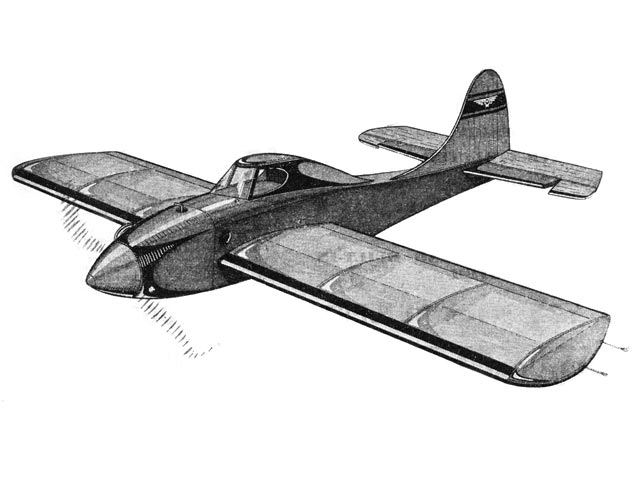 I built a BeeBug in about 1955! Had an ED 1 cc Diesel in and added a set of wheels. Used to cut the head off a 6" nail, knock it into the ground and then had a hole through the elevator to fit over the nail. Didn't need an assistant! Planning on building another now and have an O S Max 10 for it.
Tony - 28/03/2016
Tony made a comment - in reply to his comment some thoughts and photos [more pics 003-013]. The photos attached are actually of the Bee Bug that Tony built. I had the privilege of doing the maiden flight - such an honor. Tony did extremely well. About the images: People shown are Tony & Janine, Bernard & Petro and Jakes (who assisted us on the day). Janine congratulates Tony after the successful maiden flight and then they proceed to discus this little aero model. The maiden flight was done in the local Dutch Reformed Church's parking lot - it was only just wide enough. The Control Line fuel tank is one I made for Tony, and I assisted him in servicing & doing a test run on the OS Max .10 with the CL tank tested at the same time.
Bernard_Petro - 28/06/2017
Add a comment