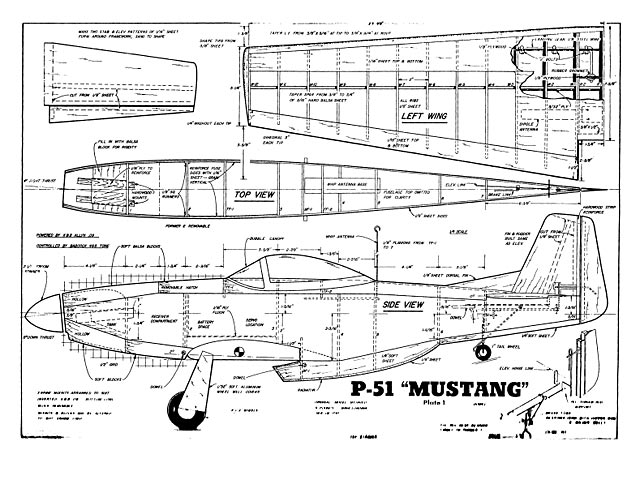 Never has a model so embodied so many favourable features. It's a scale ship that features R/C and the small popular engine size. In addition, it is a low-wing ship and a WWII favourite. Top this off with the 2 control design options and you have almost everything that an R/C fan could ask for in one ship.

You aren't long in R/C before the scale bug bites! Except in the case of a very few lightplanes and an occasional trainer, a modeller has to accept certain compromises to arrive at a successful balance between scale and performance.

Deviations from scale here were predicated more upon a lack of suitable material than upon performance requirements as might seem necessary.

The plans indicate more than the photos, or actual model, that the 2-1/2 spinner is undersize. This size of model would dictate a 3in spinner which is hard, if not impossible, to come by. As it is, we have all of 2-3/4 of propeller blade extending from either side of the spinner for we use an 8x4 Tornado on our K&B .09.

The wheel-well outlines (which were non-existant on the later F-51H) were omitted to allow more wing movement in the event of rough landing. The stabilizer-elevator was only slightly enlarged for stability..."

Update 06/12/2012: Thanks to theshadow, we now also have a supplement file showing all the formers for this model. 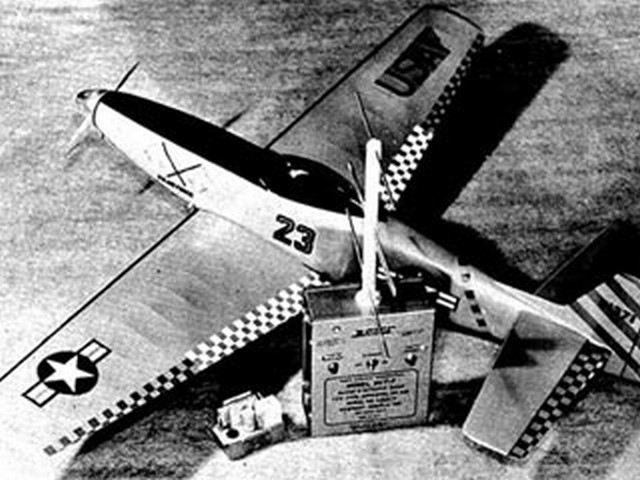