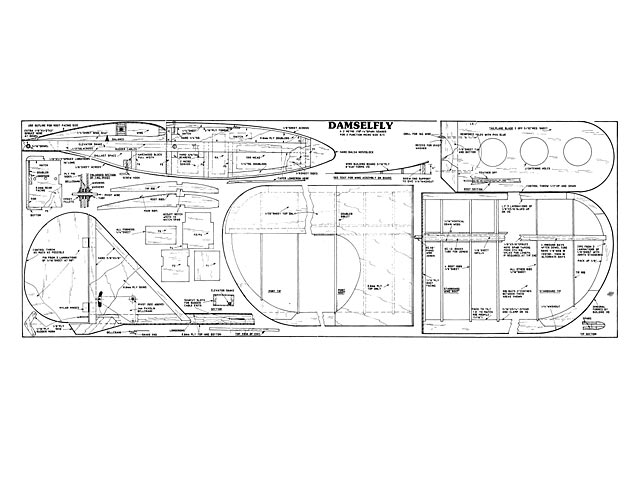 My model flying career started when I moved to the edge of a common on which St Albans MAC fly; whilst the power models did not appeal the gliders fascinated me. The first project was an Amigo (oz4428), a complex structure, but an excellent performer in light to modest winds. A 100 inch Caldercraft 'Vega' was next - what a contrast! This one I could never get to terms with for thermal work, but I had by now learnt a little of slope soaring and flew it regularly in up to 25 mph winds. A hankering after another lightweight model -the 'Amigo' only lasted one season - and reading about HLGs combined to set me on the own-design path.

The 'Tadpole' was a 44 inch HLG with a pod and boom and a curved wing of E205 section. It was cheap and cheerful, apart from the cost of the micro servos! It did not do what was wanted, however; whilst it would glide nicely from the hand test launch, and whistle (literally) up the bungee, it had a very nasty stall and a deep recovery, thus as an HLG it was hopeless. I flew it a little on the slope, but eventually put it away on a top shelf.

Thus I was still short of a lightweight model but had gained experience and so I pinched the Amigo wing section and had another go on a larger scale. The appearance of the Tadpole was fine and so the general outlines were set in the same way. Keeping the same chord for a 2 metre model resulted in a much more elegant appearance, and I was convinced the wing section was mainly to blame for the handling.

The broad specification I aimed for was a pod and boom 2m all-wood glider, standard light open wing construction with undercambered section and a mid-mounted all-moving tailplane. Weight was to be around 25 oz with a 500 nicad and two micro servos, with a wing loading of 6-1/4 oz per sq ft.

Wings. The wings are built on a 3/16 curved plywood jig, 7-1/4 in x 40 in, marked out with lines for ribs, rear spar and total span. There will be two lines for the spars of the left and right wings. Sellotape on the ply will prevent glue adhesion.

To start, pack the front of the trailing edge and the spar preserve the undercamber. The ply is screwed to the bench and blocked firmly, the outer block angled to give the washout and reversed for the second wing panel. The leading edge is a laminate of 2/8 x 1/8 in clamped on the jig, the joint to the tip sections being staggered for strength. The TE should be of medium stock, notched, steamed, and clamped on the building jig whilst it sets. Any splice in the TE needs to be a long one. The lower spar, once tapered, is pinned down or taped firmly and the upper spar weighted down properly whilst drying.

The tip is made of several overlapping pieces so as to be strong, but maintains the section. Plane and sand the LE and tip and add the 1/32 top sheet and centre ply while still on the board..." 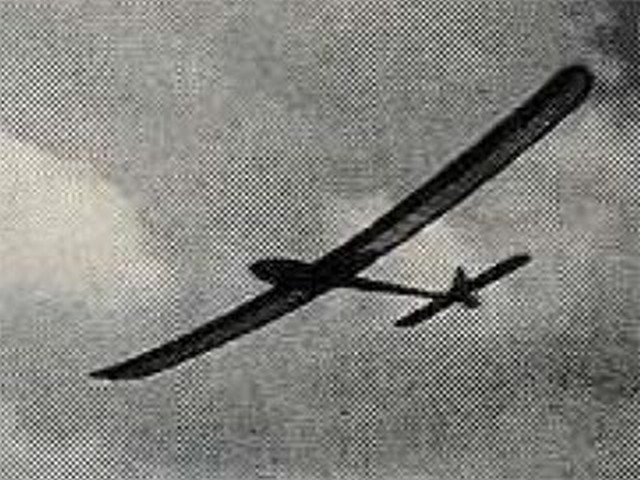