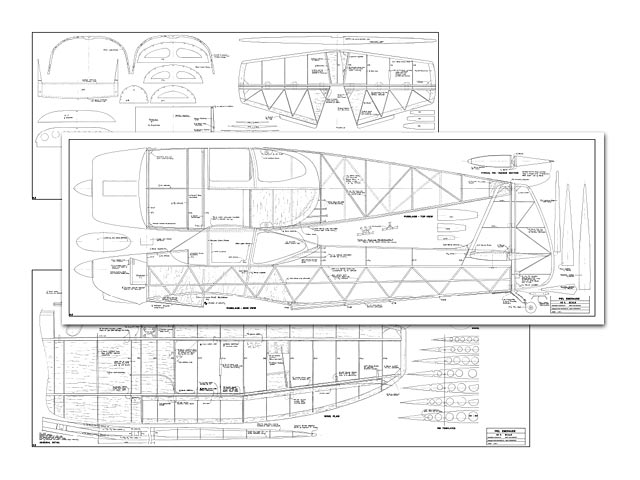 This article by Jerry Van Heeswyk comes as a natural tie-in with Yellow Air-craft Company's CAP-10B ARC Kit Review, by Roger Edwards (elsewhere in this issue). The CAP-10B owes its heritage to the Piel Emeraude, one of the most graceful Homebuilts ever designed.

In order that it does not get lost, at the end of this article, somewhere on the back pages, I think it's important to remind interested modelers that the Emeraude Plans and Information Package are available from Jerry at the above address for $40. His excellent Jodel F-12 Plans also remain available for $35. He reminds as that T&D Fiberglass Specialties will offer the cowlings, wheel pants and the Emeraude side windows, for your added convenience when building the model (see our Advertisers' Index to find needed information on TED Fiberglass Specialties.)

Inever realized that I had an obsession with anything French. I don't partcularly enjoy French wines; I'm not all that fond of Peugeots, and other than a high school crush on Brigitte Bardot, I never really thought too much about the French, one way or another.

My particular hot button in modeling happens to be giant scale - really giant scale. So, white looking for a new challenge, I found myself drawn to a 1960s Homebuilt called an Emeraude. It had everything I was looking for, includ-ing very pleasing lines, a low wing, a conventional geas flaps, etc. It also had a haunting similarity to some long-forgotten aircraft which I knew I liked, but couldn't quite place. Last, but certainly not least, it looked like it would have excellent flight characteristics. When they get this big, if the full-scale one flew well, and you're any kind of a designer/builder, the model almost has to fly well too.

After doing a little research, I found that the Emeraude was a French design. This would not seem odd, except that several of my past giant scale projects also turned out to be French. There was a 1/2 scale Druine Turbulent, a 1/3 scale Jodel F-12 (October '86 - Scale R/C Modeler), and now, the Emeraude (Jewel).

I spent some time wondering why I was attracted to these particular aircraft. Certainly there were fine aircraft being developed in other countries also. I finally came to the conclusion that these French airplanes of the 40, 50s, and 60s were really 'large model airplanes!' They were built primarily from wood and fabric, and when you look at the plan, you cant help but think that the designers had roots in modeling. This characteristic permits the model to be constructed in a manner very similar to the full-scale aircraft.

The Emeraude, as presented her, is exact scale in outline, airfoil, rib location, etc. It was designed from full-scale plans with visible modifications only where necessary to ensure structural integrity and accommodate available materials. These modifications consist primarily of the location of sheeting on the flying surfaces.

The Emeraude was designed by the late Claude Piet the prolific designer responsible for numerous sport, acrobatic, and racing aircraft. The best-known of these was the Emeraude CP.30, powered by a 65 hp Continental engine. There have been several modifications to that original Emeraude design, mostly internal strengthening to utilize larger engines. However, there were also other, more obvious changes including features such as a tricycle landing gear, retracts, bubble canopy, swept tail, etc. Most of these modifications seemed to me to erode, rather than enhance, the charm of the original design so, being somewhat of a traditionalist, I chose to model an earlier version.

The Emeraude prototype first flew in 1952, and went into limited production the following year. Several hundred Emer-audes of various types have been built, under license, by companies in France, Spain, South Africa, Germany and the UK. Many more have been constructed by amateur builders, and plans for a Super Emeraude remain available, to this day.

The Emeraude was so successful that it inspired many other aircraft, ranging from single to five-place models. These include the Diamant the Beryl, the Pinocchio and others. All of these Claude Piel-designed aircraft possess an obvious similarity to the Emeraude. Fortunately, each of these designs was offered in plans form for Homebuilders, so it is possible to occasionally come across one of these One aircraft at a local airport.

The Emeraude was also the genesis of the CAP series of aerobatic aircraft. The CAP 10 was basically an Emeraude with a 180 hp engine and a bubble canopy. It washrst built in 1968 by C.A.A.R.P. and Mudry Aviation. This aircraft, and a series of updated versions, has been used for sport aerobatics and as a military trainer in countries throug hout the world. The CAP 10B, which had a ventral fin and a larger rudder, is well known for its use by the acrobatic show team, 'The French Connection.' It would be relatively easy to build a CAP 10 from these plan, but at 40 percent scale, it would need five or six cubic inches to haul it around in scale-like fashion.

The CAP 10 was modified into a single-seat, fully aerobatic aircraft, designated the CAP 20, which went through even greater evolution to become the well known and often modeled CAP 21. Through the years, with all of these changes, the Emeraude heritage has all but been lost.

Note this planfile has a section missing on the right hand side of sheet 2, so the wing rib templates are incomplete. The missing section does however appear in the supplementary file low_res.

Update 5/12/2021: Replaced article with complete version, thanks to JohnLockwood. 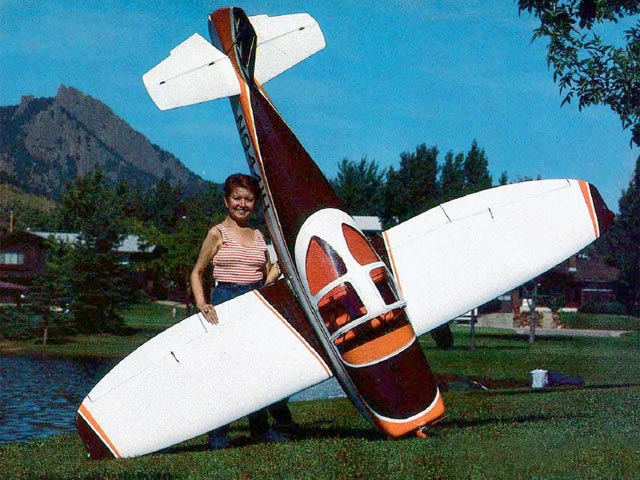