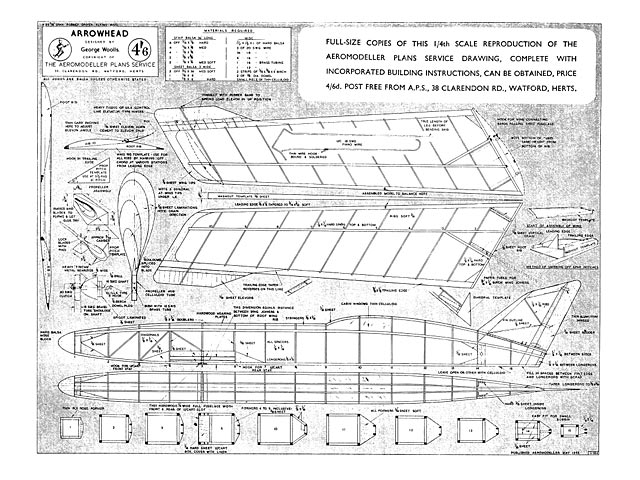 The Arrowhead plan appeared as part of the article "Tale of a Tailless", in Aeromodeller May 1955.

Quote: "We decided that we could have too much of a good thing in the way of washout, so the next design had only 7 degrees and to play safe, we used a flat bottomed section throughout.

This time we tried a low wing, and thought a cabin would look nice, so the result was 'Arrowhead'. Stability was in no way impaired and flights were very consistent indeed. The glide was better than the earliest design but being faster, due to the lower lift wing, the overall duration was about the same. They resulted in an attractive though unorthodox sport flier, plans of which are reproduced overleaf..."

Article thanks to RFJ.