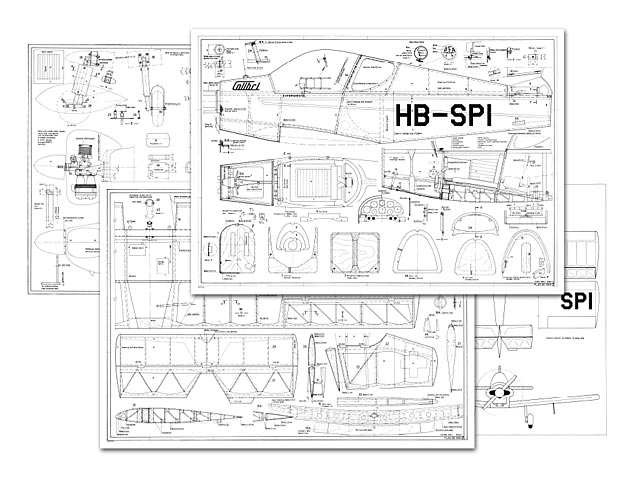 Quote: "The Colibri MB-2 is ideally suited for a scale model. With exception of the wing aspect ratio, all dimensions are perfect for a model and also the general impression is that of a scale model of the new generation. As with the Turbulent D-31 (oz8216) I was very lucky to get a set of the original blueprints and the authorization to shoot as many pictures of the original as I liked. The home base of the plane is in Western Switzerland, about a 3 hour drive. To avoid this lengthy trip, the designer and owner of the original aircraft flew the MB-2 to a close airfield, where I could study it in detail and ask all the necessary questions. I appreciated this very much, since it is much more difficult to get adequate data for a scale model than to actually build it.

The scale of 1:3.33 was chosen again, as with the Turbulent, since this kept the span below 2m. It is certainly an unconventional scale, but relatively easy, because you can multiply every dimension by .3 to get the scale dimension. Especially for the relatively small home-built aircraft I consider 1:3.33 to be a good scale, 1:3 would produce a relatively large, and 1:4 a small, aircraft. For the Colibri the wing span would have been 2m (78.7in) and 1.5m (59in) respectively. The model is built from the same material as the original, with some exceptions. The fuselage and wing are mainly constructed from plywood and spruce, while balsa mainly was chooser, where possible, to reduce weight.

The development and construction time for this model was approximately one year. This time has to be considered as relatively short, because a lot of time has to be spent in jigs and tools as well as samples. There were 4 dies produced for the MB-2, namely for the canopy, the engine cowl, the wheel cowls and the spinner. The original airplane is equipped with the NACA 23008 airfoil (like many well-known WW II fighters). All the ribs are assembled in a jig from 2 x 4mm spruce. Even with the higher specific weight of the spruce, a comparison of a block of balsa ribs with the same number of fabricated rib showed practically no difference. The major difference is the manufacturing time, on the other hand I could stay with the original construction method. The ailerons on the original plane use Abachi-plywood ribs, so I decided to built the ailerons of the model entirely from balsa. Also the box design of the main spar was kept, however balsa was used instead of spruce due to the weight..." 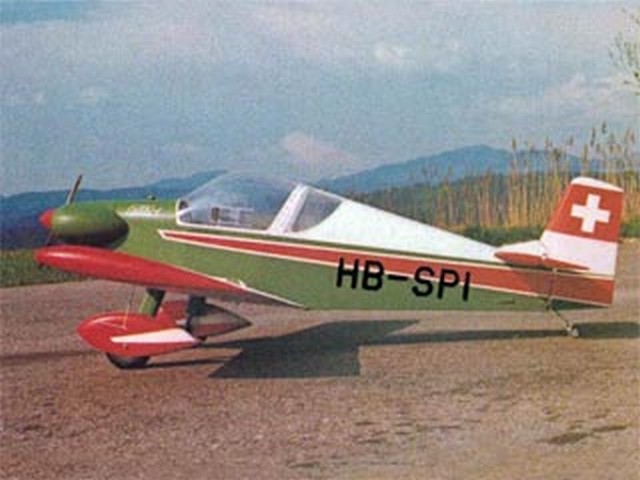