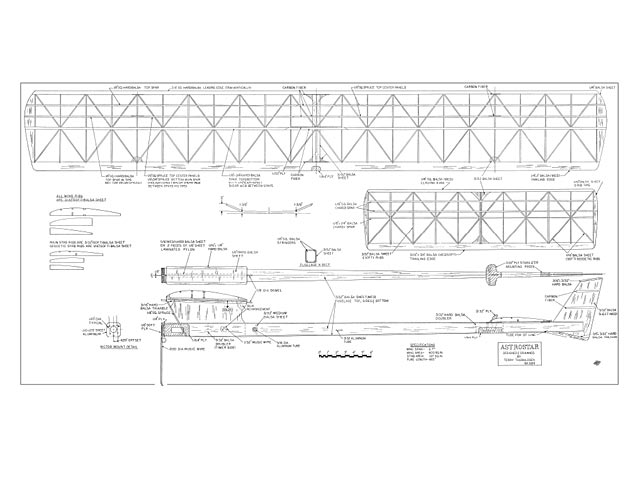 Quote: "Big brother to the 1/2A Astrostar, this larger 600 sq in version is designed to compete in either the A or B class with a simple engine change. It's already proven itself by winning B Gas at the 1988 US Free Flight Champs.

My original 1/2A Astrostar, designed in 1985, has proven an exceptional performer - it was the 1988 NFFS model of the year in the Small Gas category, and prersently holds two of the Open National records. Given that caliber of airplane, it was just a matter of time before I applied myself to the challenge of enlarging the basic design concept.

I designed the upscaled model to be capable of handling the power output of noth the K&B 3.25 and 3.5 so that I could fly it in either the A or B class with a simple engine change. Hence the name A-B Astrostar.

Because of the significant power output of the two K&B engines, I'd obviously have to make structural changes on the larger Astrostr to avoid wing flutter. Since the model would be covered with Microfilm which has little torsional rigidity..." 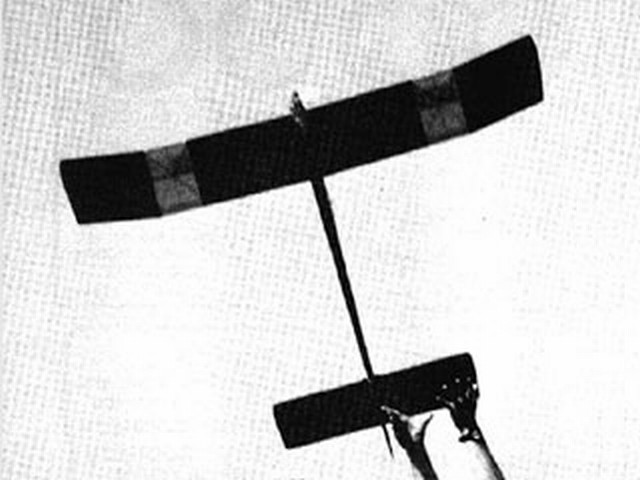