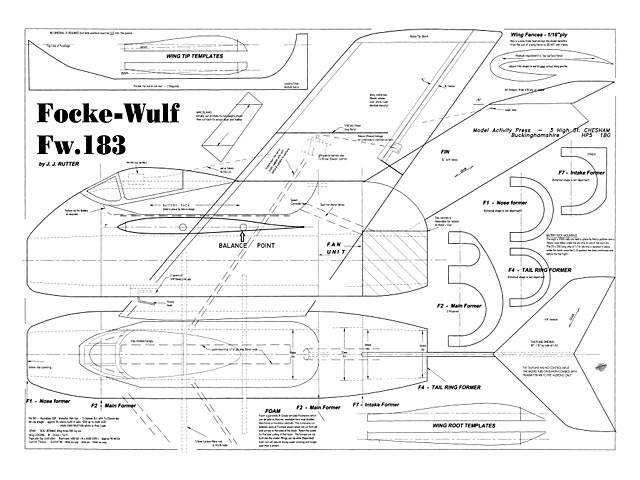 Quote: "Jet aircraft have a fascination for me, but modelling them is always something of a challenge in the sort of size that I like to play with. Early jets seem more appealing than some of the modern ones in that, because jets were new, designs were often very 'different'. As early jet engines were often quite large for the power they produced the aircraft themselves were often quite tubby. I first saw the FW183 in a book called 'Secret Projects of the Luftwaffe' and subsequently bought a plastic kit (PM Models PM-213) from the local model shop. Electric ducted fan (EDF) seemed to becoming increasingly popular (Kyosho T33s seem to be everywhere) and I thought I'd give it a go.

The shape lends itself to foam modelling which solved the question of how to construct the wing and fuselage. But how do you get controls to the tiny tail surfaces? DON'T! I used elevons and found some distinct advantages in the arrangement. I only need two servos, no complex mechanism to the tail and use of `up' elevator automatically washes out the airflow over the tips stopping tip stalling - what's even better is that it works too." 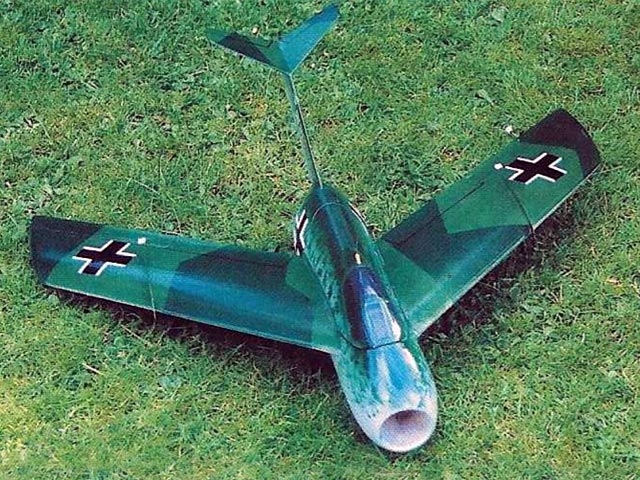