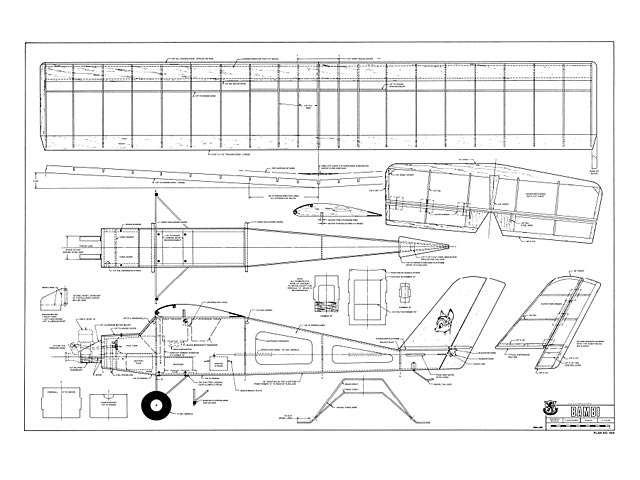 Quote: "It was early spring of 1971, and R/C flying time was here after a cold and snowy Pennsylvania winter. I was entering my second term as President of the Penn-Ohio Radio Kontrol Society (P.O.R.K.S). As President, I should have been a proficient stick jockey, but such was not the case. The basement family room was filled with a multitude of scale ships which their owner hadn't the nerve to fly, plus an old and battered Royal Coachman (oz1302) which had borne the brunt of my flying attempts the previous season. In short, I needed a rugged trainer, easily and quickly built.

Many suggestions were given by the club members as to the type and manufacturer of such a trainer kit, but none really suited me. At club meetings, I had bragged that I could design and build a trainer from a simple three view sketch on a letter size sheet of paper and the total cost, less equipment, would not exceed five or six dollars. In a club well represented with sixty dollar ARF's this met with some comments based on my sanity - or lack of it! The die was cast and the sketch was made in the form you see presented with this article. Detailed full size drawings are available for those who don't wish to transfer outlines to the wood by scaling dimensions from a small three view as I did. Five years later, many individuals have learned to fly on the Bambi, and it is still a good, rugged trainer, ideally suited for rough fields.

Plywood has always been my favorite building material. The model which was affectionately named Bambi was built mainly of 1/8in soft poplar plywood which can be ordered from any lumber yard in 4' x 8' sheets for a cost of approximately $6.50. One sheet will build seven or eight of these models with wood to spare. Weight wise, it is comparable to the harder grades of balsa but it is many times stronger. Cutting was done with a small magnetic type jig saw. If ordered from Sig, it is called 'Lite-Ply'.

Construction: Since this is a trainer type aircraft, I will outline the basic building steps for the novice and the experts will have to bear with me. Fuselage: Transfer the outlines of all indicated parts to the ply sheet with carbon paper. In the case of the fuselage sides, trace one side only and rough saw outside of the actual outline. Pin this to a second blank and saw to the traced outline, thus assuring two identical sides..." 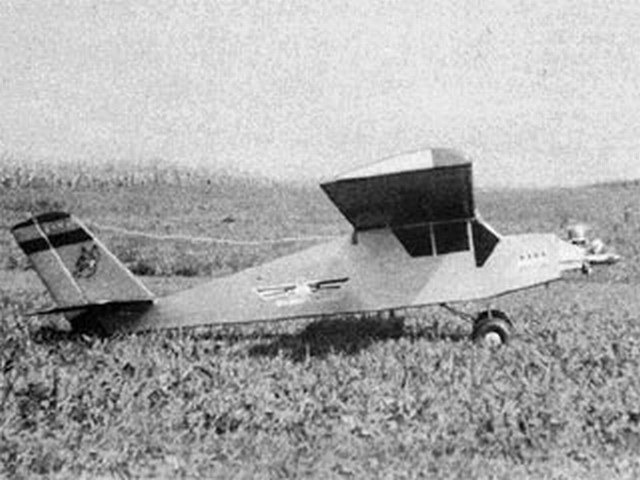