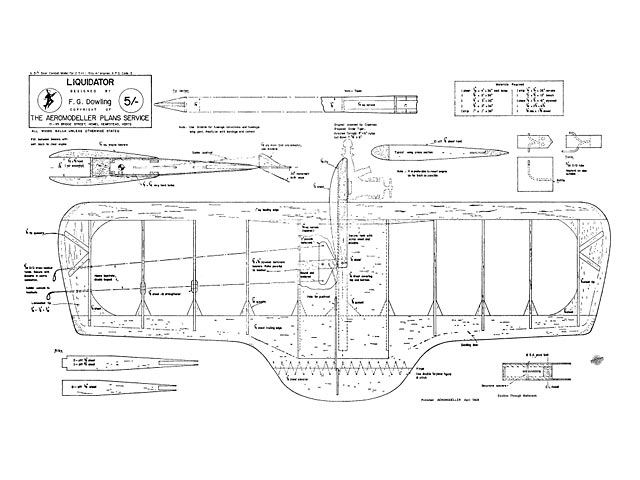 AFTER THE 1967 Nationals I set about designing a model that would out-perform the low aspect ratio models which were then so popular. Several models were considered before the prototype was built, these included Warlord (oz12240) (by Smith of Feltham), Overlord (by Jones of A.C.E.) and Warmonger (by Dixon of A.C.E.). With some features borrowed from these models and some new ideas the LIQUIDATOR was created.

The first LIQ was built during a working holiday in Valencia, Spain. Along with my companion and A.C.E. pitman, Len Smith, I entered it for the 5th National Spanish Interclub Championships. This competition gave the LIQ its first win and started a list that now in-cludes four first places and numerous seconds and third places, flown by members of 'Amalgamated Combat Exponents' including myself, Vernon Hunt; Steve Jones, Graham Howard and John Dixon.

Commence building by cutting the ribs from medium to soft balsa. Use templates and the sandwich method. Lay the leading edge on a flat surface and glue the two tip ribs and motor rib on with 'Humbrol 66'. Sight, and adjust until they are set perfectly true. This is important because if warps are built in at this stage you will find them difficult to remove. When the basic assembly is dry, insert all ribs and the in. balsa outboard tip plus trailing edge. The inboard tip is made of three laminations, with the lead-out tubes secured in the central lamination with epoxy..." 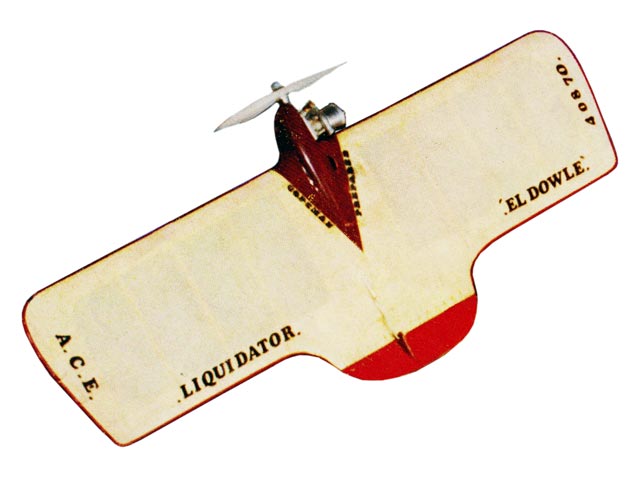 Loved the Liquidator! I had an OS19 (3.5cc) in mine for sports flying. Easy to build and I found it easier to fly than the Phantom & Phantom-mite trainers I’d struggled with.
Elwyn - 28/08/2020
Add a comment