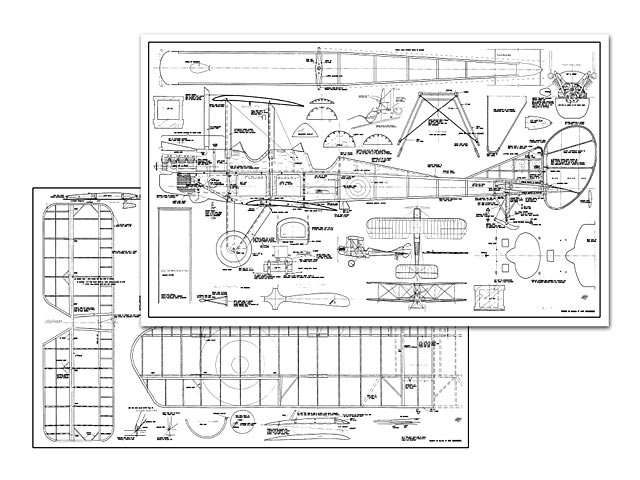 Quote: "If ever an aircraft captured the image of early military aviation, it was surely the BE2 - it looked stick and string, it flew slowly, and it was about as poor a weapon of war as could have been put into service. Its drawbacks were legion and well documented: slow, unmanoeuvrable, poorly and inappropriately armed - and more. Yet it was to remain in service well past its 'sell-by' date. Its casualty rate was quite . awful, and it naturally attracted much opprobrium. Why was it so vulnerable? I can do no better than quote the respected authority, Harry Woodman:

"As the air war developed and the BE2cs became increasingly vulnerable to even the most primitive German scouts and two-seaters with better performance and guns sensibly mounted on gun rings, RFC crews tried desperately to find some form of practicable gun mount for this aeroplane. I have copies of the correspondence which reveals a sad story. One must ask why combat crews and their ground colleagues in the field spent so much time trying to concoct some kind of viable gun mount. The fact is that until well into 1917 these crews were stuck in an archaic aeroplane little advanced from its 1913 prototype, in which the pre-war seating arrangements were still retained. Gentlemen pilots flew in the rear seat whilst their mechanics sat in front. That this system was retained by Farnborough and the RFC until the disgracefully overdue demise of the BEZ is astonishing. The man in front had a magnificent view of the air intake and exhausts, but could not observe and defend in this apparatus. The reason why the BE2 series was such a sitting duck was because of the quite stupid seating arrangement for the crew, rendering it helpless even against an inexperienced enemy. Apart from providing 'ace fodder', the large number of BE2Cs/Ds/Es, and the appalling 12 provided the Germans with a sizeable supply of Lewis guns. This was the reason for the heavy BE2 losses, not - as defenders of Farnborough have tried to explain "because the BE2c was too stable". Such assessments are an insult to the intelligence rand the memory) of the crews."

Fair? Absolutely. There was nothing wrong with the aircraft itself. Indeed, it was everything that was looked for in those days: stable, easy to fly, and safe. But it was never going to succeed as a fighter. So though throughout its life the BE2 was modified, improved, and used in roles other than those originally envisaged, it never overcame its basic limitations as a fighting machine.

But as a model? Well, that's altogether different. Its gentle characteristics, and its archetypal WW1 looks make it an excellent subject, and one I had in mind for some time. What had put me off was the difficulty of hiding the engine. Then I got hold of an RCV 60, and thought the problem solved. Alas, not quite. Slim though this excellent engine is, it wasn't as easy to hide as I had hoped, and in the end I found I was better burying a Laser 70, inverted, and with a 3/4in Fox prop-shaft extension to allow me to get the cylinder head back to where the cowl was deep enough to accommodate it. And so out came the pencil, and on with the drawing. Then came the traditional problems. As with almost any WW1 aircraft, it's difficult to get documentation that can be relied on..." 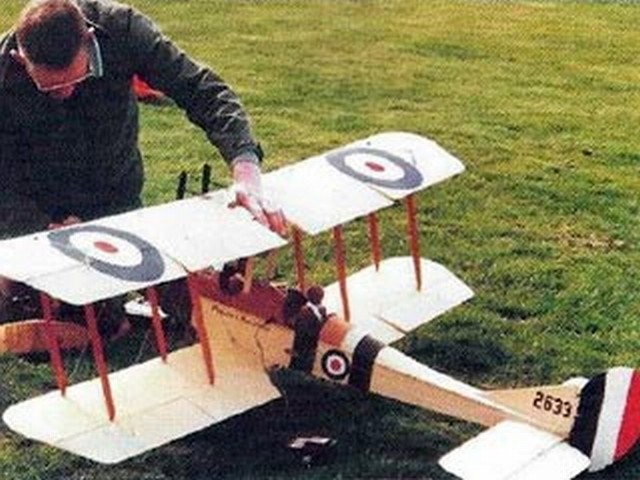 Hi out there, I have currently commenced the build of this model enlarged to 84" span. Just be careful to note that the plan shows the engine too far back which shows the prop will cut off the front of the lower front fairing, obvious? well I did not notice it until the second time I perused the plan.
Second point, judging by the very accurate 3 views I have of this aircraft the tailplane is far to thick, if you are conscious of scale accuracy you may wish to thin down the aerofoil as I have done. Cheers Everybody
Radley - 23/01/2020
Concerning the engine being "too far back", the article instructions state that the engine is fitted with a 3/4" prop shaft extension, so I don't think there is any error in the drawing.
Brian Cox - 23/01/2020
Sorry you are of course correct my apologies to Mr. Hurrell. Having moved house recenty I have just completed a dedicated model shed and will be starting the model very soon. Converting to Be2e at 92.3 inch span, should be fun. Cheers all,
RadleyA
Radley Clarke - 07/12/2020
Add a comment