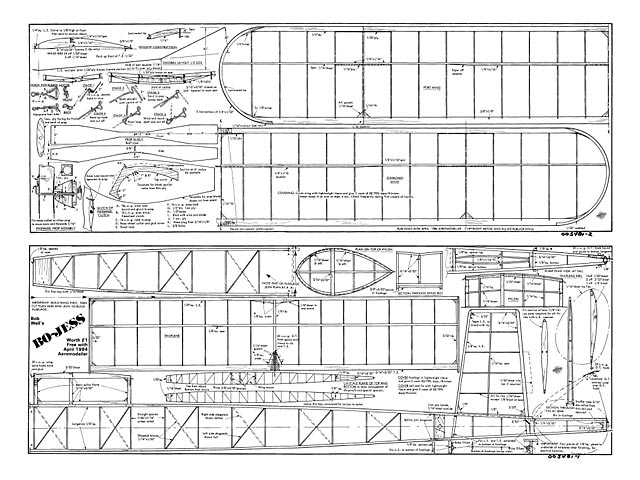 Quote: "This model was designed specifically for Jessica Nash to build as a 'larger' contest model after a lot of flying and some success with John O'Donnell's Delinquent (oz9612). With this she won the Women's Cup three times but never made three maximums. Not because the model was not capable of high scores but Jessica, as a beginner, was not quite capable of getting the best out of the model. It was decided that a model was required which when flown a little below its best would make the required flight times.

The size of a rubber model is only limited by the size of the motor that can be wound comfortably. Jessica found that she could handle a motor of 14 strands of 6mm x 1mm rubber and this fitted nicely with a model of Wakefield area.

The general shape and proportions of the Delinquent were retained together with the freewheeling propeller which is easier to make than a folder, is lighter and makes trimming easier. The model was built, flown in the Women's Cup in 1983, made three three-minute maximums fairly easily and a good fly-off flight of 4:06 to win.

The model had a motor of 95 grams, 14 strands of 6mm x lmm Pirelli about 43in. long and wound to 800 turns. This motor was used for ease of handling. The model will take a similar motor of 120 grams, about 56in. long which requires more careful handling and will take over 1,000 turns..." 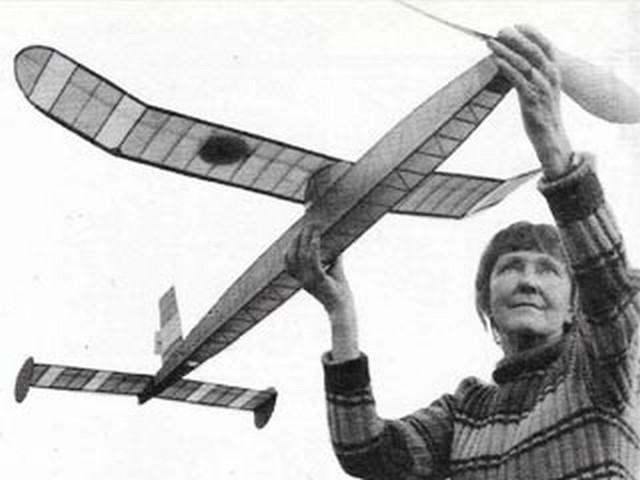