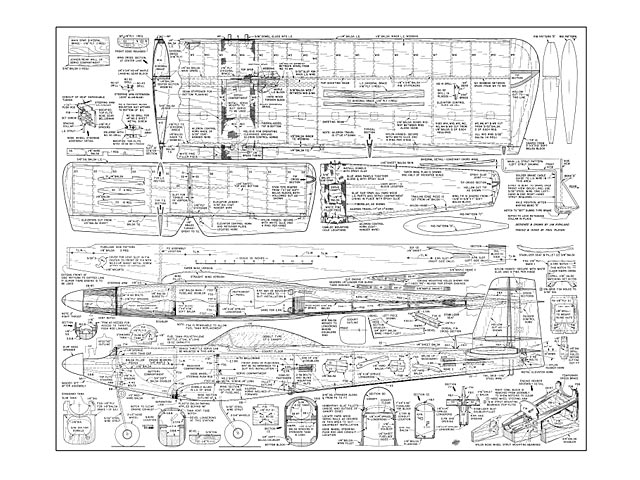 Note this plan shows both straight and tapered chord wings.

Quote: "What goes into the creation of an outstanding full-house multi-type radio plane? Here the former American champion takes you through all the steps which are necessary to design a winning entry. It's an education in the fine art of R/C. designed for a specific function, most are very different in looks, yet very similar in nature...

The Citron design evolved as a result of a two-year test program that involved just about everything common to R/C, from model finishing techniques and color schemes to R/C equipment. Two models that were built during this time flew in a number of contests and had an impressive series of wins. These models still had some unwanted char-acteristics and the continuing search for the ultimate led to the Citron. While this airplane may not be everything for everyone, it fulfills every performance requirement established by the designer at the outset of the test program. At times the urge to be really different was strong, but performance had been the ultimate aim of the program and was never sacrificed.

I do not claim to be an aerodynamicist. Most of my model designing is a result of the 'cut-and-crash' method. My flying background in the big birds certainly has helped. Anyone who has an avid aviation interest usually knows the basic aerodynamic reasoning behind the various shapes of the many full-size aircraft currently on the aviation scene. Most of the odd-shaped aircraft, and aircraft with unusual design features, were made that way for a specific reason. The aerodynamicist designed aerodynamic functions about the desired performance and operational criteria as established by the demand.

The Citron test program proved to be very interesting and informative despite its 'cut-and-crash' nature. The first step was to establish design parameters. At the outset it was decided to shoot for the very tops in performance first. Second was to be reasonably good looks, and, finally, it must be easy to build. Performance proved the most difficult to attain. This feature can only be estimated in the design stage and requires time to evaluate and catalog properly. Of course, the worst thing was the amount of work involved! Except for the stimulating nature of some of the returns, I surely would have felt short-changed in this part of the program!

The successful Beachcomber (oz7780) was used as the basis of our series of experiments. Each successive model that was built retained the features that worked and substituted ideas for undesirable performance characteristics. Nose and tail moments were varied; aspect ratios were varied, airfoils' and flying surface planforms were varied, hinge line operational modes were varied, control surface shapes were varied, lateral area distribution was varied, CG experiments were made with all configurations, thrust line locations were varied. It was inevitable that as the Citron evolved, it would strongly resemble the Beachcomber..."

Quote: "Steve, If you do include the Citron on OZ here is an alternate plan by Mike Denest & rchopper56 [from https://www.rcgroups.com/forums/showthread.php?3019905-Kirkland-s-Citron/page2]. Looks like Jim Kirkland's original drawings before their publication in American Aircraft Modeler." 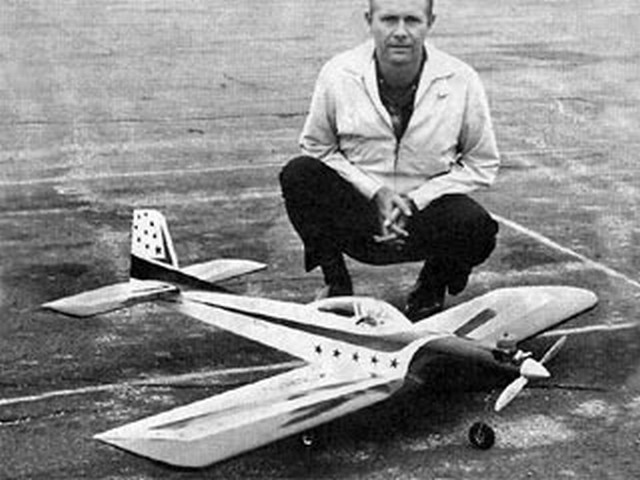