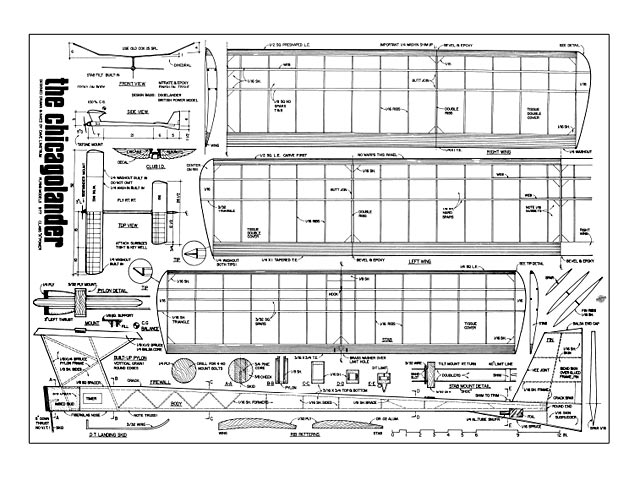 With the advent of super hot racing engines suell as the Rossi .15 and the Cox Conquest .15, a large group of .15 (or 1.5cc if you think metric) engines has been made more or less obsolete. When you have an FAI Power ship operating with auto surfaces and flying on a mere 7 second engine run, you have to use the most power available. But how about in AMA Gas, where the longer runs and lighter weight airframes allow a bit less power? The answer, to us, seemed to be quite evident: use those "ob-solescent" engines!

For quite some time we have favored the rear fin design school of thought, where the power trim is controlled without any auto-surfaces. The combination of a medium-high pylon, rear fin and adequate wash-in on the right wing seems to groove the model for a good spiral climb. If climb velocity is sufficient, the model rolls out at the top every time into a right hand glide, which is easily achieved with stab tilt. This type of trim dates back to the early British designs of the 1960's, and in particular to the famous Dixielander (oz3603). This model, which appeared both as plans and a Yeoman kit, has been built on both sides of the Atlantic. We built our first one in 1965 and were very impressed with the hot climb. It got so high it took at least three minutes to fall back to earth, even if it didn't hit a thermal! However, we lost it in a boomer at a Wichita meet. When we moved to Chicago, we still had the urge for a hot 'A' job. Thus the Chicagolander was born - an updated, stretched version of our original Dixie, with more rakish rudder and a hot Cox Special Mk II. It satisfied our urge!

Please note that we definitely recommend that you build this model only if you have had some experience trimming fast power Models. While it is not difficult to adjust, it does move fast and a small mistake is Crashville. Also do not use a Rossi or a Conquest .15. They have too much power, even on FAI fuel.

The prototype Chicagolander shown in the photos was built at a time when we favored MonolCote, because we were flying off very rough fields (Bong, for example) and it was puncture resistant. However, we now feel that you are much better off to cover with a tissue (double-cover underside of wing and stab) doped with nitrate dope, followed (after 72 hours) by an epoxy topcoat. The plastic coverings just have too much tendency to change with the weather, and warps, like too much trim change in adjust-ing, can lead to an early grave for your fast-climbing machine.

One feature that we used on this new version is a pacifier fuel tank, instead of the suction feed off a Perfect tank on the Dixie. This ensures a stable fuel condition at launch, and, once you get used to it, is easy to handle. We simply let it all hang out by having the pacifier hang under the timer..." 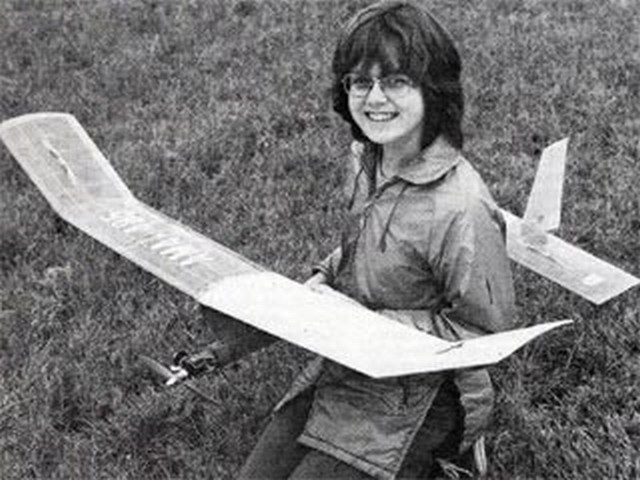