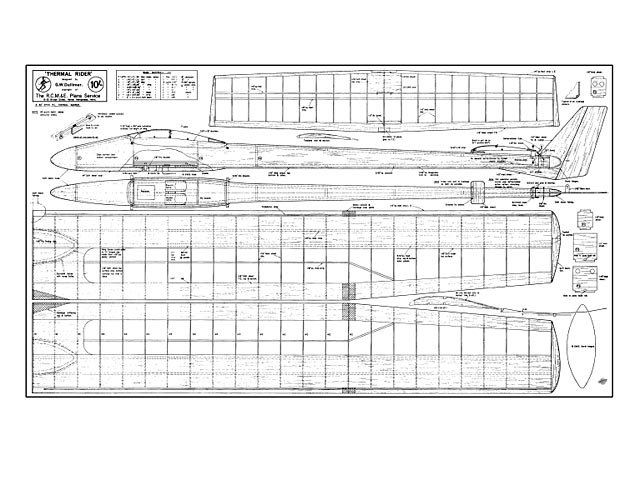 Devotees to the class would perhaps describe thermal soaring as a bright new horizon on the RC scene. Certainly the idea of spending a day's flying without the noise and smell of an engine has particular appeal to those with an eye for the beauty and grace of a sailplane, circling in a thermal, and climbing towards a summer cumulus cloud. Indeed, such sentiments were expressed by a dutiful wife commenting on a day at a thermal soaring contest - so different from the roar of motors at a Multi contest or pylon race!

The author had, of course, been a keen A/2 glider fan for several years prior to 1963, when other interests resulted in a spell away from aeromodelling. In returning to the 'fold' I was very reluctant to foresake the challenge of free flight flying, but yet felt the desire to do something rather different. To be honest, what I really wanted was free-flight without the long chase across the airfield!

My enthusiasm for R/C thermal soaring was first fired by an article published in Aeromodeller by Chris Foss and Nick Neve back in June 1968. However, some time elapsed before an attempt al a model was made, and it needed the incentive of the South Eastern Area's organisation of a thermal soaring meeting at Golden Cross in August 1968 to spur some action and prepare a model.

To some extent it will be realised that glider flying is something of a team event since two people are required to get the model airborne - particularly so in the case of towline launching. Fortunately a colleague at Stevenage - Dave Dyer - also had similar interests and we were able to work together on the project with the intention of flying at the first Golden Cross thermal soaring event. The first model built was something of a 'Bitsa', a fuselage was built to contain Tinytone Rx and Elrnic compact escapement, and a pair of 'open' glider wings dating from the 1961 era fitted atop... "

Article pages, thanks to RFJ.
Ribs. 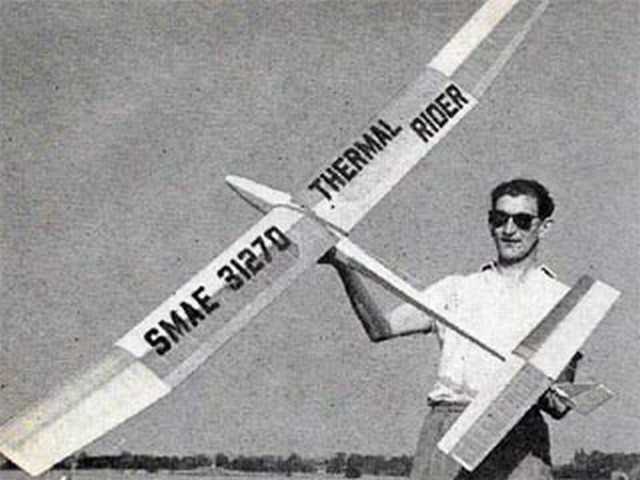 I have the original plan which I used to build this lovely glider in the early seventies. Your download is unfortunately missing the wing tip rib for the outer wing panel with the instruction to generate the intermediate ribs by the sandwich method. This should be next to the drawing of W2 on the plan. It would be very much more tricky to build the outer wing panel without the tip rib drawing.
John - 07/06/2021
I see. Maybe you could scan the missing rib section and send that in?
SteveWMD - 07/06/2021
It seems the obvious solution, no? I mean, you've taken the time to let us know something is missing. You've also told us that you actually have a copy of this missing thing. Maybe now we could go ahead and make the missing thing be not-missing?
SteveWMD - 08/06/2021
Add a comment