Quote: "This model came into being after discovering a real need for a plane with a high degree of accuracy, of simple construction and the ruggedness needed for a full season of contest flying. The answer came when I found a three-view drawing of the Cessna 320D Skynight in the Feb/March 1962 issue of Flying Models. Powered by two 260 hp turbo engines, this plane is the top of the Cessna line and has no match for light twins.

I have been competing for three years but this is my first venture at building or flying a twin-engined model. A real tough competitor and flying scale at its best, is how I describe my Skynight. This model has placed in every contest it has been entered, eleven in the first year. Ten scale trophies and a first place in a beauty contest, its most successful wins are a first place at the East Coast Championships and another first at the Eastern States Championships.

Built to a scale of 1-1/2in equals 1 foot, it has the class and true look of a champion. With enormous tail surfaces which are needed for a good stable flying attitude, two 0.S. Max .35 RC engines with exhaust throttles removed, a complete set of lights, scale landing gear, flying at speeds of 60 mph and weighing 8 lbs, it is the easiest flying plane I've ever flown." 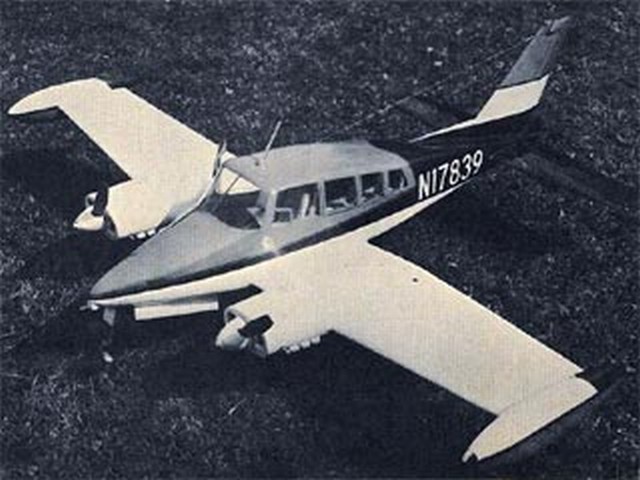