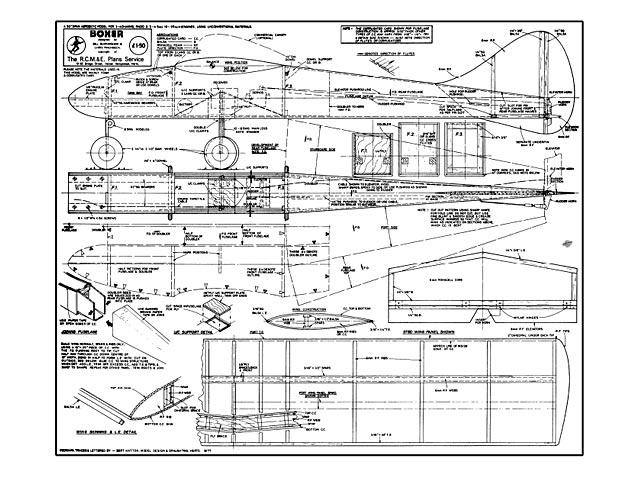 LAST month I covered the possibilities, techniques and practicalities of using cardboard as a structural material for model aircraft. Hopefully that article has gone some way towards dispelling the myth that any such model will suffer not only from a 'droop snoot' but a droop everything else. If there are still doubts in your mind, perhaps because last month's model was basically a trainer with a slow, steady and stable performance, I hope to dispel them this month.

'Boxer' has been designed as an acrobatic model for three function operation on rudder, elevator, and engine only. The plan presented here is for the fourth version of Boxer. Previous versions have all been of built up construction and utilising the wings from a Ripmax Superbipe (one at a time of course). The first model in the series featured a radial engine mount which could be readily un-bolted and replaced with a stream-lined nose block for slope soaring. The throttle servo was then utilised to operate a release system for some early attempts (highly suc-cessful I might add) at aero-towing.

Boxer No. 1 proved quite aerobatic but a more positive rudder control was felt to be necessary. Mk II incorporated an underfin and full depth rudder, also reduced tailplane area. These modifications together with slightly reduced dihedral transformed the performance of the model. Consecutive axial rolls, flick rolls, full power spins and 'rudder reversal' when inverted, all combined to produce a model which completely fulfilled the design parameters. Many who inspected the model on the ground after witnessing its violent aerobatics were amazed at the lack of ailerons, the aerobatic performance particularly in the rolling plane was to say the least sparkling. This is not a model for the novice. It is a 'fun' model for 2 or 3 function R/C suitable for someone who has quite a few solo hours on a basic trainer.

Construction: I recently obtained a few pieces of a new (to British modellers) material called `Rohacell', which I believe to be a rigid acrylic foam. The opportunity was taken of using this material for the tail surfaces and other 'block' areas of Boxer since it is very light but quite strong. It may be remembered from last months article that the all cardboard tail used was too heavy and several ounces of nose-weight were required to achieve the correct balance point..." 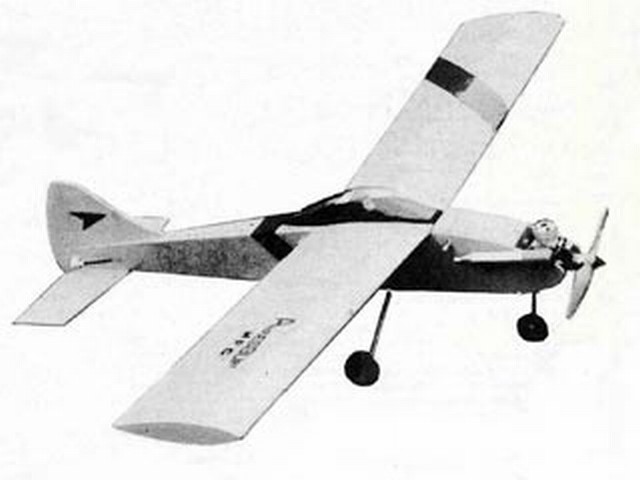