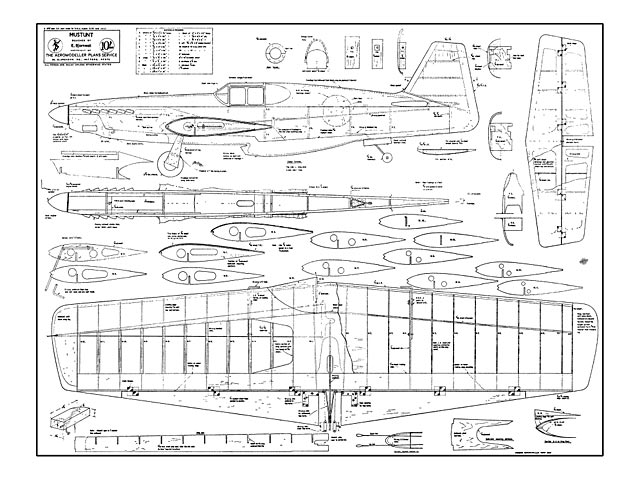 Quote: "The result of efforts to combine the best features of the leading stunt model designers' models with a realistic appearance, this Swedish design closely follows the trend towards semi-scale contest models. Based on the North American P-51B (it is rather surprising that no one seems to have done it before) the Mustunt has very attractive lines.

You will probably recognize quite a few features 'borrowed' from well-known stunters: Nose and wing construction and lifting section fin from the Nobler (oz6212), differential flaps and leadout arrangement from the Thunderbird (oz6238), tank design from Lloyd Curtis' Moody Mooney. The wide track undercarriage without any spring action was decided upon after the designer had seen Louis Grondal's and Frank Warburton's splendid landings with this type of undercarriage at the 1962 World Championships..." 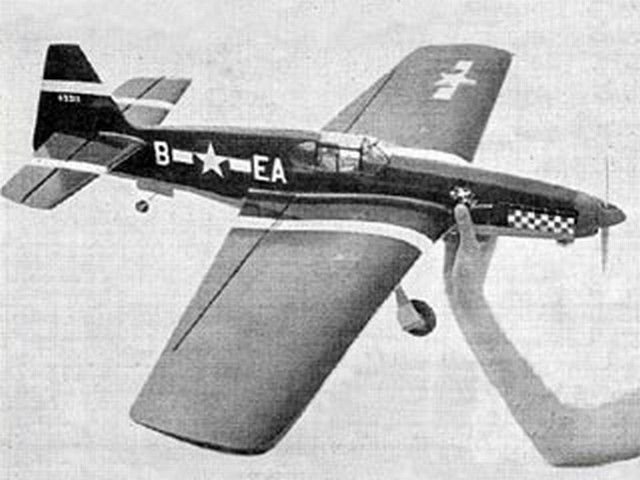