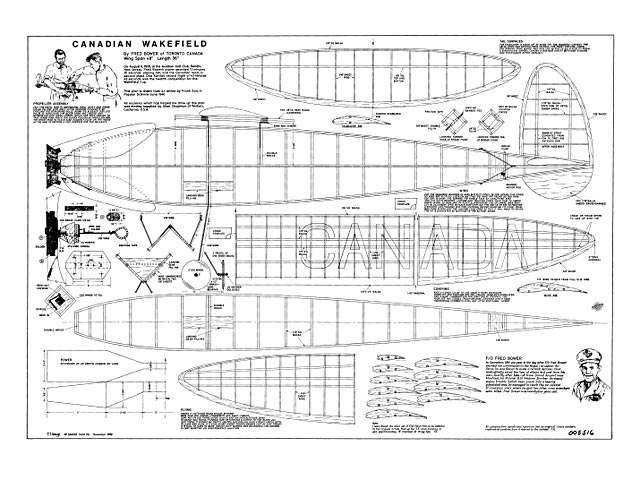 Quote: "By Fred Bowers of Toronto Canada. Wing span 48in, Length 46in. On August 6, 1939 at the Aviation Golf Club, Bendix, New Jersey, Fred Bowers' plane recorded 13 minutes 35 seconds placing him, and the Canadian team, in second place. Dick Korda's record flight of 43 minutes 49 seconds won the twelfth competition for the Wakefield Cup. This plan was drawn up from a drawing in the Frank Zaic article title International Contest Flyer (oz2565) in Popular Science, June 1940. Terry King, No 350195, SAM35, Novenber 1988." 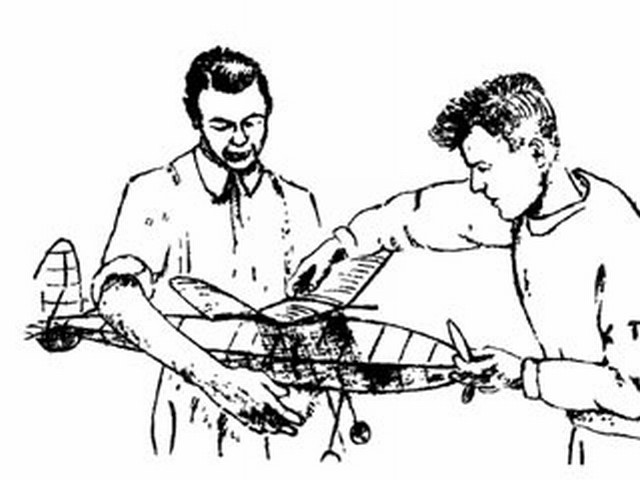