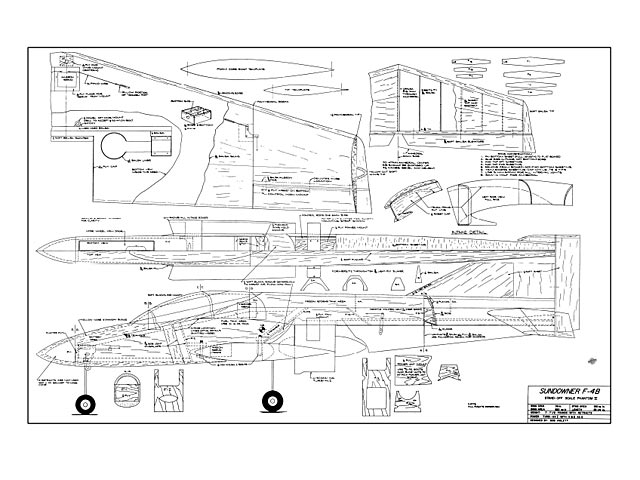 Quote: "It's been a long time coming! There have been many noble efforts along the way toward the successful development of true ducted fan flight, but these have always produced something less than maximum efficiency. Having probably already glanced at the photos that ac-company this article, I'm sure that your scepticism is equal to what mine was about six months ago, when AAM's Editor asked that I consider building an airplane around the new JJ Scozzi Turb-Ax 1. Let it suffice to say that, as a modeler tuned to the high performance spectra of RC, it took only one demonstration of the thrust of this unit to really turn me on to the project.

A reasonable question is why a 40 cu, in. engine was chosen, instead of a 60? The answer lies in horsepower and available rpm. The 5in fan must turn faster than an 11in prop, to gain comparable efficiency. At these higher rpm, the newer K&B 40s, Supertigres and HPs (rear rotor) develop more horse-power, on the same fuel, than do most of the pattern 60s. Furthermore, by using a 40, the overall mass of the power unit is held to an acceptable level, so that it adapts well to the airframe sizes to which we are accustomed.

The operation of the unit is uncomplicated. Starting is achieved by a prime in the exhaust and one snappy flip against compression. A belt starter, as utilized by the boat and helicopter folks, can be used by the less adventurous. Throttle is achieved by the same method employed on control line Navy Carrier models, via fuel metering and a slide exhaust baffle. The Turb-Ax instructions detail this throttle setup.

The vibration level of the fan is lower in amplitude, but higher in frequency, than prop-driven engines. A nice secondary benefit of jet power is that, if you are thinking retracts, you'll never wear out another nose unit.

It is believed that the most enthusiasm for this new concept in power sources will emanate from stand-off scale and pattern (although the appeal to the average sport flier and would-be designer is very strong). With this in mind, the Sundowner evolved from a series of three aircraft, which were built and flown with the Turb-Ax unit. The first two were something less than fantastic; but then, I didn't win anything with my first pylon racer either. The McDonnell-Douglas Phantom, after which the Sundowner is modeled, is the mainstay of the US Navy and USAF fighter wings, as well as many allied air arms. As a subject for this pro-ject, it not only offers this universal appeal, but the design has everything in the right place for an aerodynamically sound model. The proportions are generous enough..." 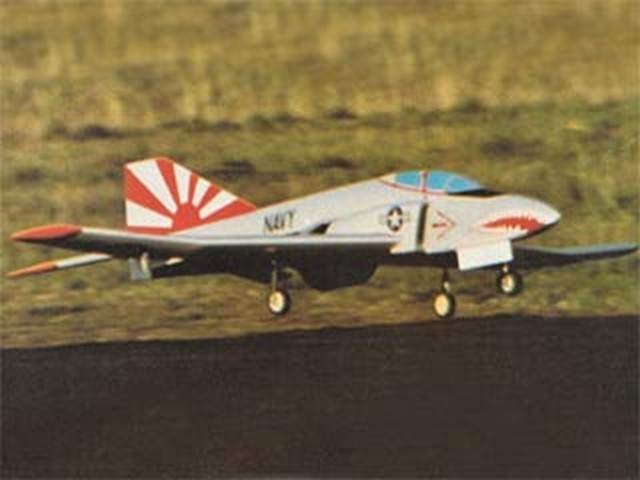