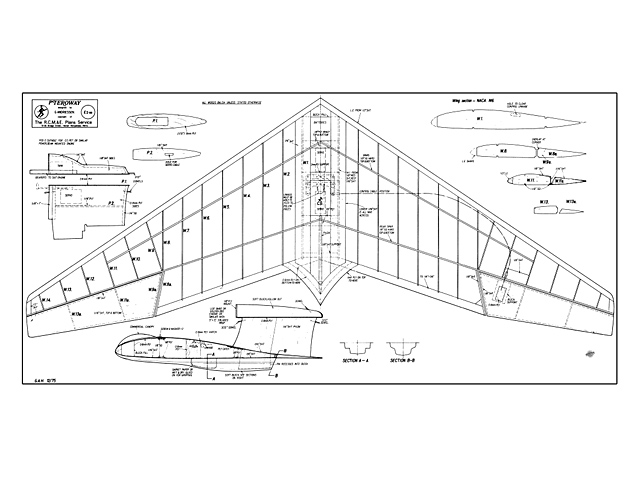 Quote: "THIS model started life by accident. Three years ago, construction of a scale model of the Westland Hill Pterodactyl Mk IV was commenced. It rapidly became apparent that experience in flying a similar machine would be of benefit, particularly since a silver-grey finish loses itself against the usual cloud background. Furthermore, in my eagerness not to build a projectile, the Pterodiactyl wing structure was turning out too light for a 19-powered model. At this stage there were two outer wing halves with a total span of about 60in, if joined.
The 'if joined' bit was soon settled, for the complete machine would go straight in the car boot at this size. Previous free-flight flying wings had shown that one of the weakest points was likely to be the trailing edge centre section, and use of 0.8mm ply, shaped to ease the stress in this area has proved successful. This also provides a main anchor point for the fin and engine nacelle.
A Cox Babe Bee or Golden Bee motor provides adequate power for this lightweight - all up weight is 26 oz. This is equipped with two servos on a four channel outfit using a 225 mAH power pack. The engine is shown mounted as a 'puller' but Pteroway has frequently been flown as a pusher..." 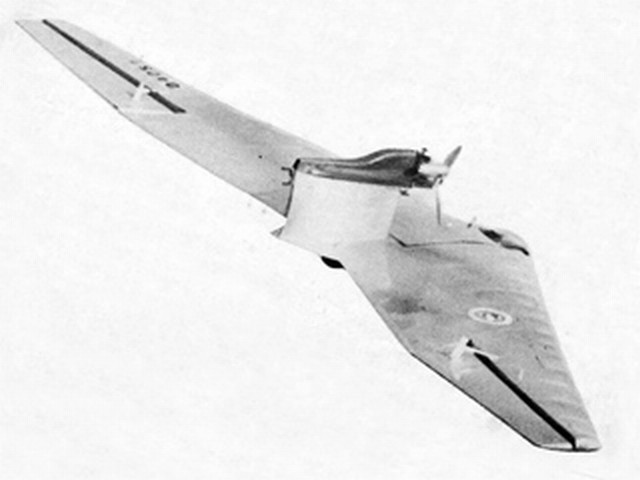