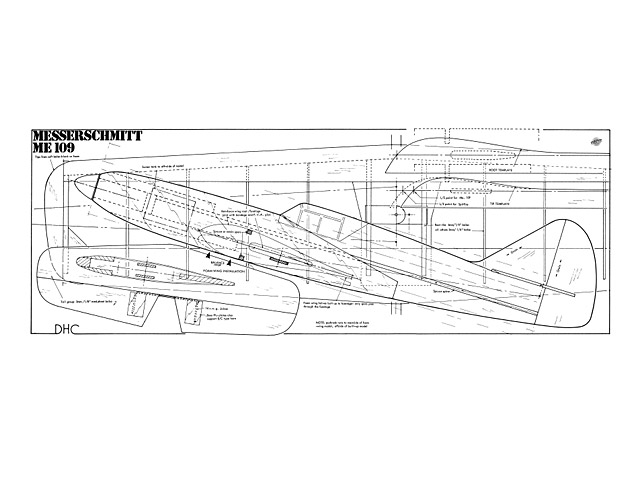 This Me109 and the Spitfire (oz9565) plan both featured in the same article in Aeromodeller Dec 1983, titled: "Combat Classics".

Quote: "Quote: "FOLLOWING OUR 1982 display season it was decided, in Humberside MFC, that something a little more realistic than the 'Wildcats' (Aeromodeller May '82) we were using could be used to improve our presentation of 'Display - Combat', it being much easier for the spectators to identify with models which are instantly recognisable as antagonists than when the only difference between the models is the colour of the streamer. A spare pair of wings were quickly fitted to a ME109 profile and new wings were cut to suit a Spitfire with eliptical planform.

Both models performed well 'straight from the board' and our Combat Classics were born. Since then new templates have been developed for the foam wings so that it is possible to cut cores for a variety of prototypes with the one set of templates. For those who do not have access to foam cutting equipment details of a built-up balsa structure for the wing are included on the plan and if you wish to build a 'one off' scale-like sports model this is probably the best version to pick as it will be much easier to fit all the extra detail and special paintwork, etc. which this kind of model acquires (at the expense of performance). However if, like me, you build your models for flying rather than posing you will find that the foam wing version is to be preferred..."" 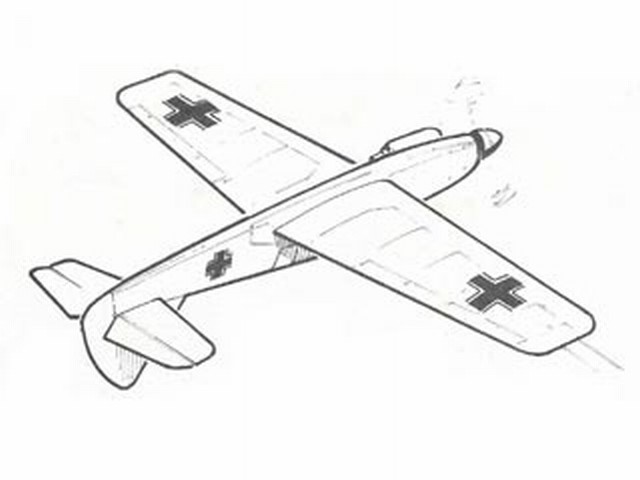