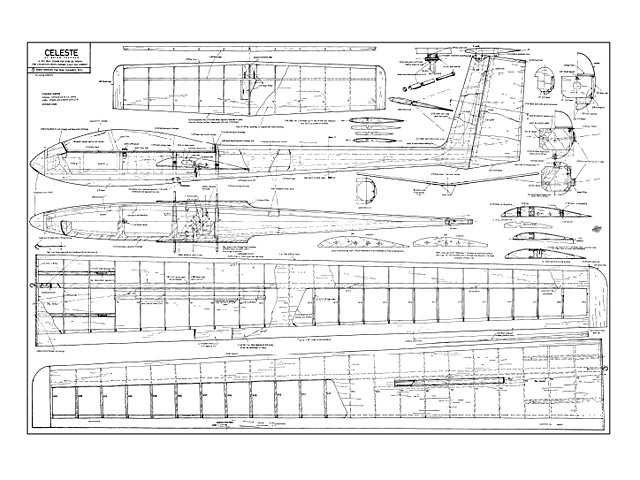 Quote: "HAVING BEEN introduced to slope soaring some years ago, I must admit to having become hooked, and now I probably spend as much time at the slope as power flying. Previously I had flown kit designs, but the two slopes I can most easily reach have landing problems. One site has gorse bushes and peanut sized patches' of grass on which to land, needing crafty dodging to get the model down - while the other has massive trees along the top of the ridge, requiring landings to be made cross-wind on the slope itself.
When I described these problems to your Editor, he said it sounded like a case for airbrakes or spoilers if ever there was one. I obtained a pair of the then brand new airbrakes in the Kaycee range and, rather than adapt an existing model, I opted for a new design, and here she is - Celeste. The model is, I feel, scalish in appearance - and the all-moving T-tail is for smoother control, not just to be different. The model features flat-bottom wing section and conventional construction - and, of course, airbrakes.
Commence the wings by selecting the 1/8 x 3/8in spruce spars and splicing them to make the required length. Make up two sets of wing ribs by the sandwich method, clamping 22 suitable blanks of 1/16in sheet between ply templates of WI and W23, ignoring the dowel tube holes..." 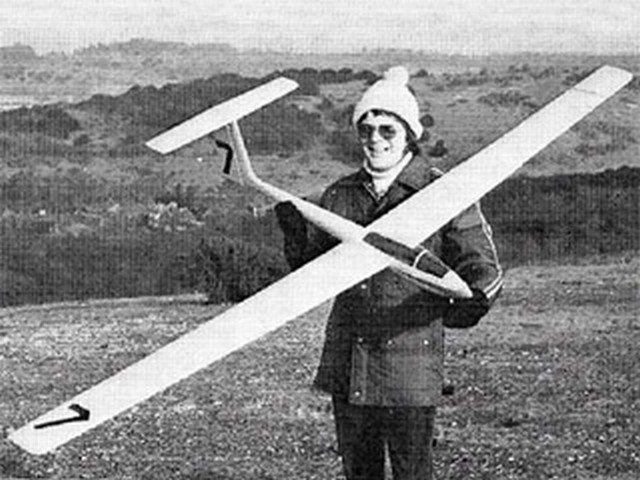