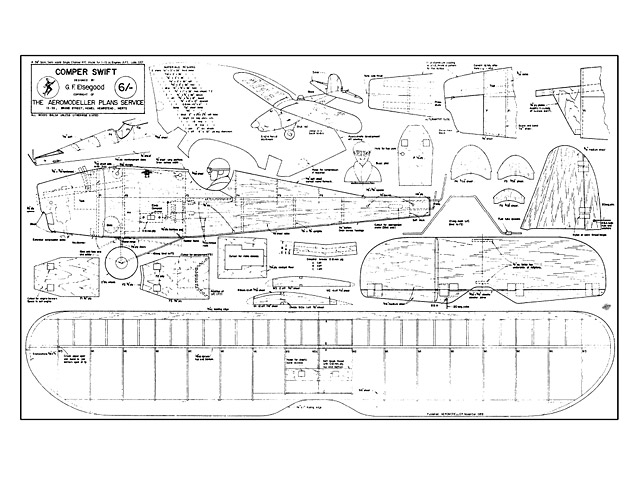 Quote: "In the February 1952 edition of Aeromodeller I came across a free flight model of the Comper Swift (oz3262) by DB Golding. The plan was for an accurate full scale model, using a scale of 1-1/2in to 1 foot. As I wanted a really practical model for flying in roughest weather, I decided to build a semi-scale version for single channel R/C. This was done by slimming the fuselage, slightly increasing the size of the tailplane, omitting the struts and giving the model a minimum of dihedral (the model in Aeromodeller had pendulum ailerons).

The Comper Swift is an interesting pre-war racing aircraft. It was designed in 1930 by the late Nick Comper and was powered by a Pobjoy radial engine, and was easy to fly fast and aerobatic. Later versions were fitted with a more powerful inline Gipsy engine, and I believe the plane briefly held the London to Capetown air record. Several Swifts survived, and are still around. The construction is straightforward and should be quite easy for a modeller who has built one or two single channel radio models.

First cut out the ply formers and the 1/8in fuselage sides, add the remaining formers. Cover the decking... " 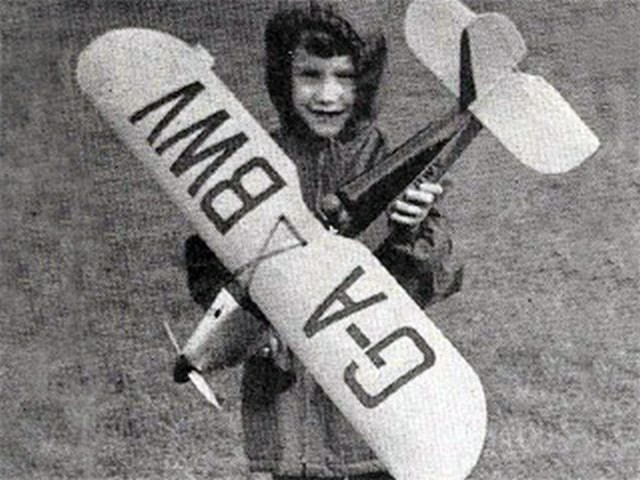