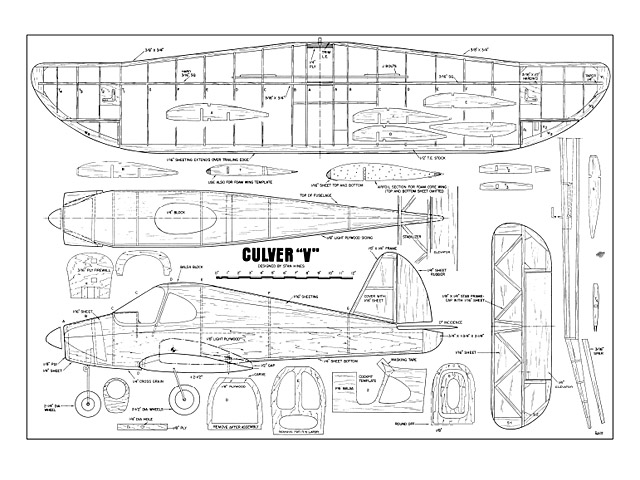 Quote: "This Stand-Off Scale RC model of the Post-War Culver V brings back a plane that history forgot. Its advanced ideas were lost in a surplus market. Bored with so called 'Sunday' flying? Most of us soon are if the plane is one of the usual trainers that only vaguely resemble a real plane. But no one is bored when he is the center of attention as you will be when you take a beautiful scale model out of the trunk. More than that, you will be the envy of everyone when you make that low pass fly-by and almost see the pilot wave to you.

If you have ever been afraid of scale models or thought of them as tricky or poor flyers, you can quickly get over this feeling with the Culver V.

Here is a four pound, 51in span, Enya .29 powered Kraft radio controlled model of a post-war 'safe' personal plane. It has taken the boredom out of Sunday flying for me, why not you too? This is a zippy little ship that is fun to fly.

Background. Shortly after VJ Day, the Culver model V was announced and placed into production. It is one of many post-war designs that were intended to provide civilian wings for the vast number of returning World War II airmen. The designer, Albert Mooney, began his career in aviation design in 1929 when Don Luscombe formed Mono-Aircraft Corporation in Moline, Illinois. The chief engineer at that time was Clayton Folkerts..." 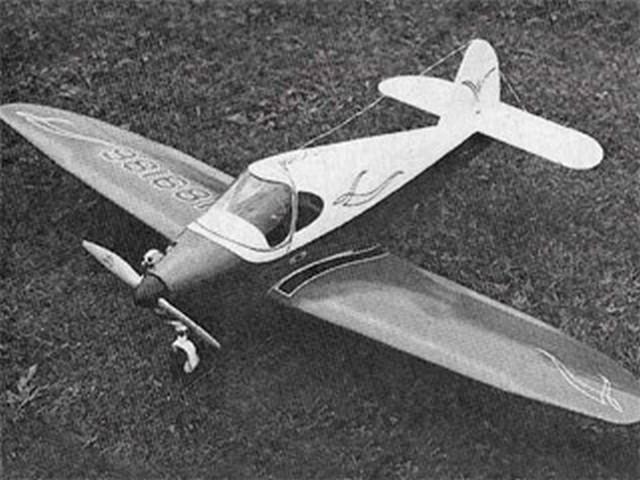