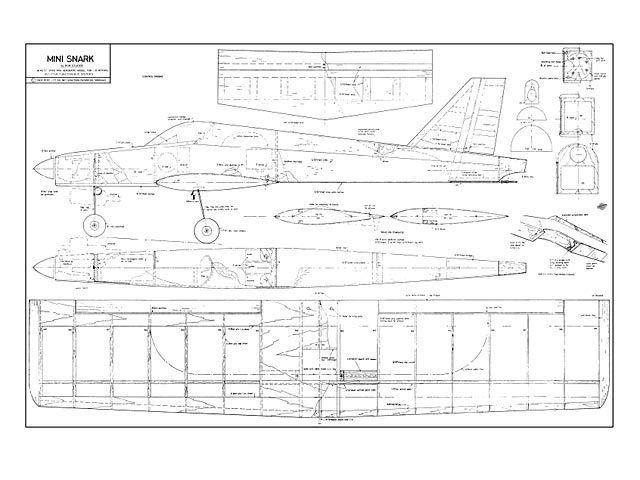 Quote: "For the uninitiated, or recent readers to RADIO MODELLER, the Snark (oz9132) from RM January '72 is a really fine acrobatic/pylon type model that 'goes where you aim it, stays where you leave it, and does everything you ask of it' (provided you move the sticks of course). This description, by Snark's designer Bob Bowman, really sums it up. Once hooked on Snark flying there is no substitute for the club flier. It combines the best of pattern/pylon or sport flying in a modest 48in wing span - the choice of motor really dictating the style.

After three years of Snarks, and the pressing need to economise on material and running costs making itself felt in these inflationary times, consideration was given to producing a baby Snark. Several small size acrobatic models using 20 size engines have been published in model magazines but all seemed to have been designed around the relatively new mini-mini type of proportional gear of around 10oz airborne weight for a full house set.

The modern generation of 20 motors really 'go' with the right prop /fuel needle valve setting plug combination, and they throttle well into the bargain. Surely, we argued, such motors could carry the older style of airborne set (weighing about 16oz) without sacrificing performance - subject of course to a clean plane with a 'going' wing section. Would a Mini-Snark do the job? Well there was only one way to find out, it was agreed, and yours truly got his head down over the building board..." 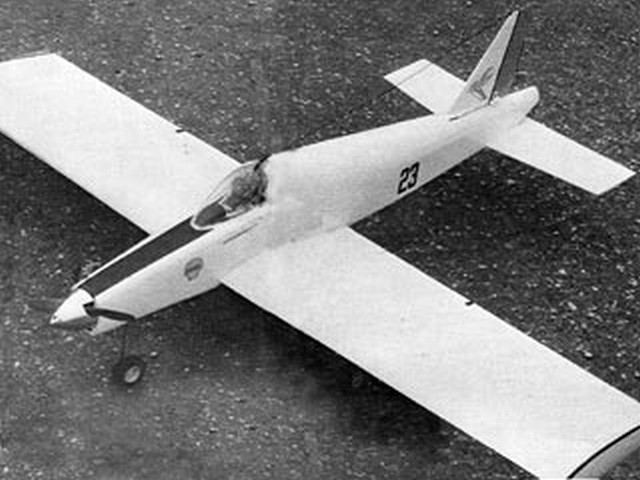 Hi, The designer of the Mini Snark was Bob Studer, not "Stunder" as written. Bob was a very helpful chap and helped me make my first R/C gear, (an ancient Fleet three channel set) reliable enough to actually be able to use it. Regards,
Robin Colbourne - 04/06/2019
Thanks Robin, have fixed the spelling now.
SteveWMD - 04/06/2019
Add a comment