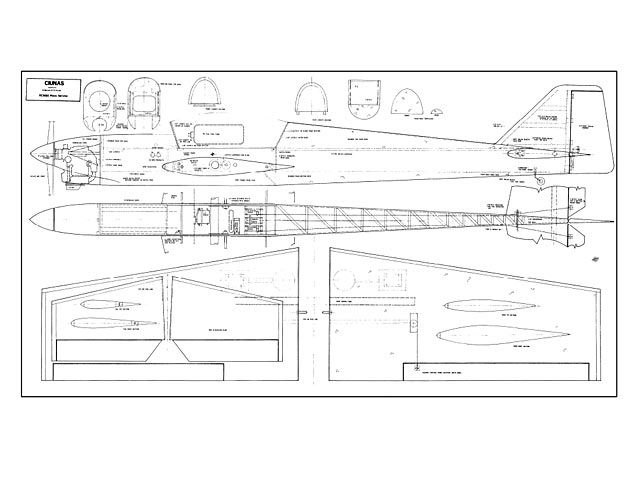 Quote: "After the success over recent years of our two stroke design Scorpio, last year we decided to design a larger four stroke model. Having seen the powerful YS 120 four stroke at the World Championships in both France in 1987 and Virginia USA in 1989, it was clear that this engine would feature prominently in the future of F3A aerobatics. Enlarging the Scorpio design to 1,200 sq in and adopting it to run a YS 120 a new model, the Ciunas was developed. Pronounced Q-Ness meaning 'QUIET' in Gaelic, this name seemed appropriate for the new silent and smooth flying design. At the recent triple crown event in Scotland, Ciunas was the quietest model present, the engine reading 88 db at one metre.
The Ciunas prototype like Scorpio proved to be another great model, however we felt it was too large. Therefore, altering the original design, a 960 sq in Ciunas was developed. This model placed first in all Irish events entered last season and with the introduction of new props for the YS 120, the model now appears to have unlimited vertical power. Presently, the engine is turning a 14.4 x 12 APC prop at 8,800 rpm and runs on Omega fuel with 15% nitro. Ciunas will run not only on a YS 120, but any available 120 four stroke engine." 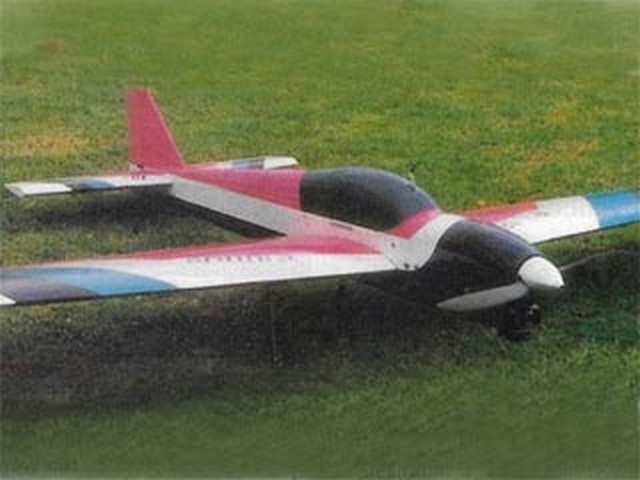