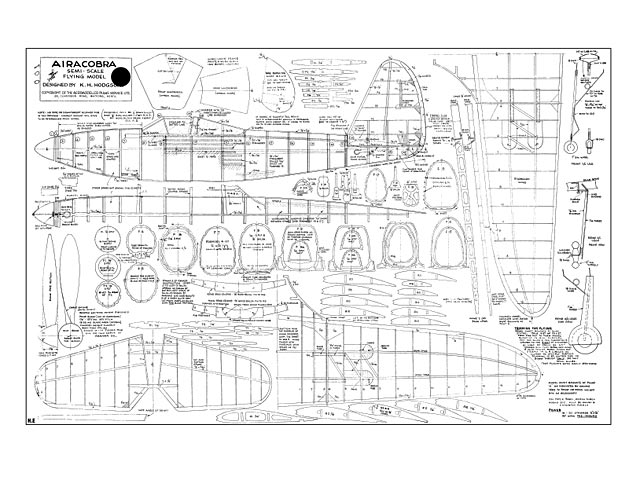 MUCH controversy has been waged over the alleged efficiency or otherwise of the Bell Airacobra. First reports from America, as in the case of the Boeing Fortress boosted the 'Cobra far above its practical performance.

The main reasons for its supposed inferiority are the heavy shaft drive (10 ft long) necessitated by the placing of the motor behind the pilot's cabin, and the tricycle undercarriage, unique in a single-seat single-motor fighter. High powers of manoeuvrability are attained with the motor over the CG.

At height, there is a marked inferiority in performance compared with British fighters in service. No figures may be quoted, but at its operating height the 'Cobra appears to be superior to Germany's Messerschmitts, though no information is available that it is better than the Focke Wulf Fw 190.

The 'Cobra looks beautiful. Its unspoilt lines are equalled only by the Mosquito's, and low down it is very fast. It is very suitable for fast daylight sweeps, when its 20 mm cannon firing through the airscrew box and its six Browning machine-guns can be used to advantage.

Whatever the full-sized machine's performance, we can say that the model is a splendid flyer. From the adcompanying photographs it may be observed that it is nearly to scale, and it looks very good in the air. 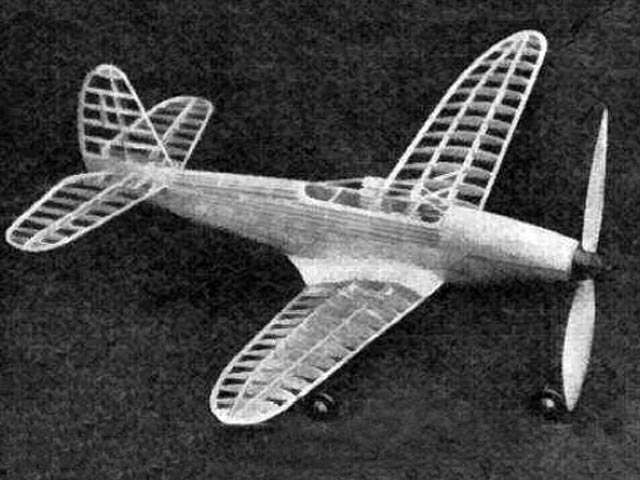