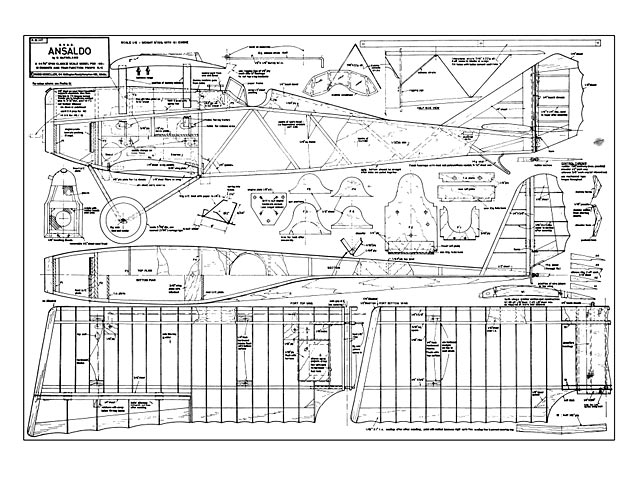 Quote: "THUMBING THROUGH some Aircraft Profiles one evening early this year, I stopped abruptly at No.61 the SVA Ansaldo. What a magnificent colour scheme! The inside front cover of the publication shows a machine of the 87 Squadriglia Ricognizione, La Serenissirna in full colour. The fuselage is mainly a natural varnished wood, while the upper wing surfaces are dapple camouflaged in yellow and green. The wing under-surfaces are buff coloured, the outer four feet or so of the starboard ones being green, and the port ones a reddish brown. The tailplane and fin are a royal blue, while the rudder bears the red, white and green vertical stripes of the Italian national markings.

At the side of the fuselage, just in front of the roundel, is the magnificent Lion of St Mark emblem of 87 Squadriglia, and from it, in a kind of comet's tail effect, passing behind the roundel, are streamer-like wavy lines, in light brown, reaching right back to the sternpost. All in all, this adds up to one terrifically colourful model - quite apart from its interesting shape!

The SVA series have been said to have been the most significant Italian design of World War I, and they were the forerunners of several historic aircraft of later years. It was one of the best all-purpose aircraft of the war - and the climb characteristics of some variants were superior to the Fokker DVII and the SE5a. The prototype flew in March 1917 and, though conceived purely as a fighter, in fact served in a scout/ reconnaissance bomber role on the Italian front. Their soundness of design is underlined by the fact that the SVA's continued in useful service in Italian skies right into the 1930's.

One of the things - apart from the opportunity to use one's artistic (?) ability - that attracts the modeller to this aircraft is the unusual arrangement of the interplane struts, the Warren truss. Probably the most unusual feature, however, is the change in cross-section of the fuselage. This goes from rectangular at the fore end to virtually triangular just aft of the cockpit. This has been achieved in the model by practically the same means as in the full size machine, with longerons and struts, as may be seen from the photograph of the uncovered fuselage framework.

I put my Profile aside for a while, but after all the work involved in organising the Blackburn club's WWI Scale Day was over, I pulled it out again and managed to get my Ansaldo drawn up and started. However, due to other commitments, it was not eventually finished until the Friday before the Nationals (as usual!) and, in fact, the final decor was actually added between rounds!

Construction is not difficult and in fact will progress fairly fast if this sequence is followed. Start by laying down a pair of fuselage side frames, using PVA glue, then spend the next couple of hours cutting wing ribs. Build the wing halves as shown on the plan, packing under the spars where necessary, leaving the tips and root fillets until later. (Note that the trailing edge is not scalloped until just before covering.)

When dry, the fuselage sides and wing panels can be lifted from the board, and the wing part of the plan coated with paraffin (kerosene) so that the plan can be reversed for the other wing panels, which are now laid down.

Attention may now be paid to the fuselage. Fit F1, F2 and cross-members at F4 position, using PVA and many elastic bands. When dry, fit all cross braces and chamfer the bottom longerons where they meet (see bottom plan) then glue together..." 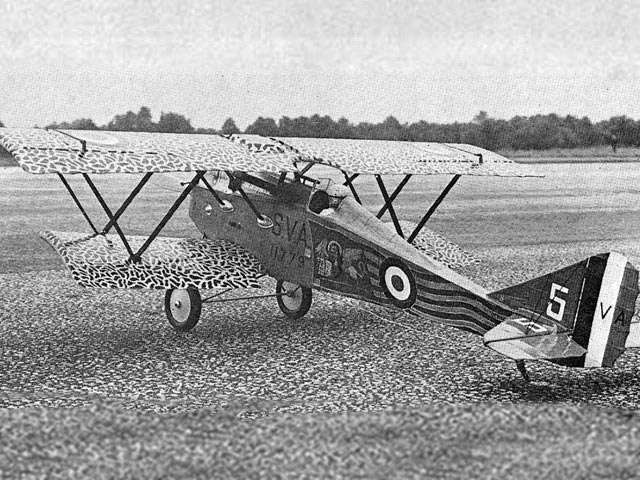