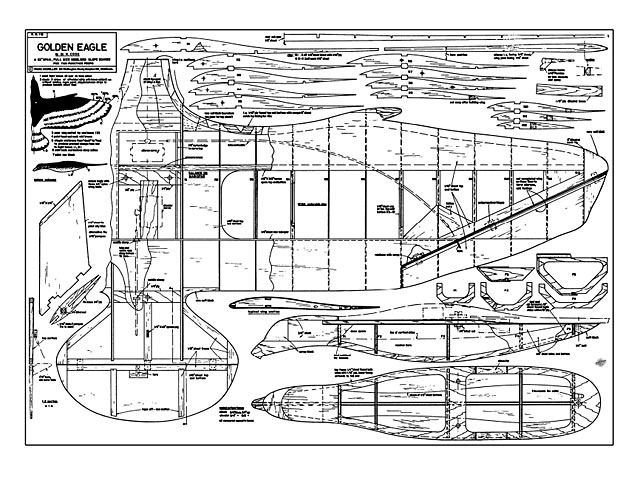 Quote: "THE INSPIRATION for this model came while watching the reaction of the local seagulls to our models at my local slope. They would often formate a little above and behind a model, but would object to attempts to formate our models on them. How would they react to another 'bird'?

The Eagle is very robust, partly due to the strategic use of thin ply in vulnerable locations, but mostly due to the natural form of the full-size version, which has no long moment arms and has a low aspect-ratio wing. The model is made in two main parts, flying surfaces and body. The prototype has a glass-fibre body shell, but the balsa-and-ply body shown in the plan has been designed to be sufficiently robust. Replacing the 'active stability' system of its real-life counterpart with the usual aerodynamic one meant, unfortunately, including a fin. Everything bolts together as one rigid unit. The result is a rugged and compact model which can be kept and transported fully rigged and ready to go.

I believe the Eagle meets the usual Class 2 scale rules, but the organisers of the recent scale meeting at Crook Peak had other ideas. They also wanted to see the manufacturer's three-view drawings!" 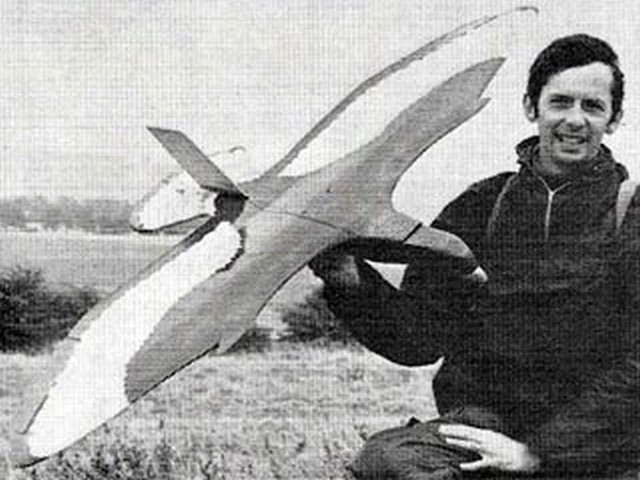