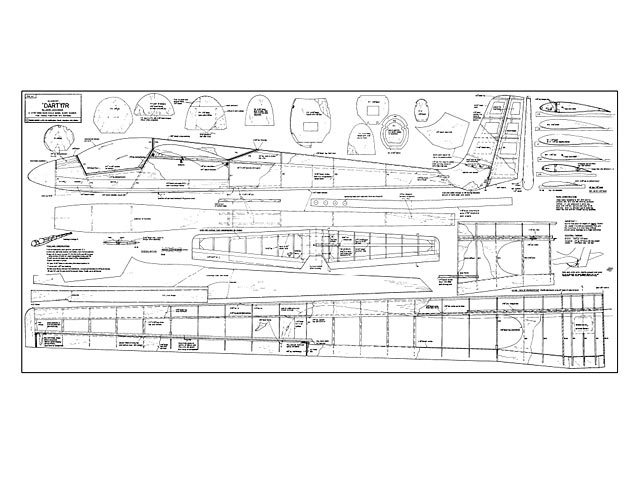 Quote: "A THREE FUNCTION near-scale model of the Slingsby Dart 17R - this was the original idea on which I designed the prototype, and it flew as straight as the proverbial dart on its first flight. In fact, I was amazed how docile it was, considering that the only deviations from true scale were a larger tailplane and rudder, and a slightly different wing section. The tailplane is still small at under 15% of the wing area, but the long tail moment compensates for this. And it still looks small, with an aspect-ratio that appears to be almost dangerously high (21:1), but over a year of flying has proven any fears on that score quite unfounded. In fact, my Dart has proved quite versatile, having been flown in wind strengths ranging from 6 to 25mph from the slope, where it is really at home, although it has also been successfully flown from a bungee launch on ordinary flying fields. Slingsbys also built a Dart 15 (15 metre span) as a predecessor to the 17, but this was found to be unsuited to the British climate it seems, because the wing loading was too high for the weak thermals which we experience over here! It was also, generally speaking, something of a 'hot ship' and so the Dart 17 was evolved, and this soon proved itself a first class sailplane. I hope the model will become as popular! " 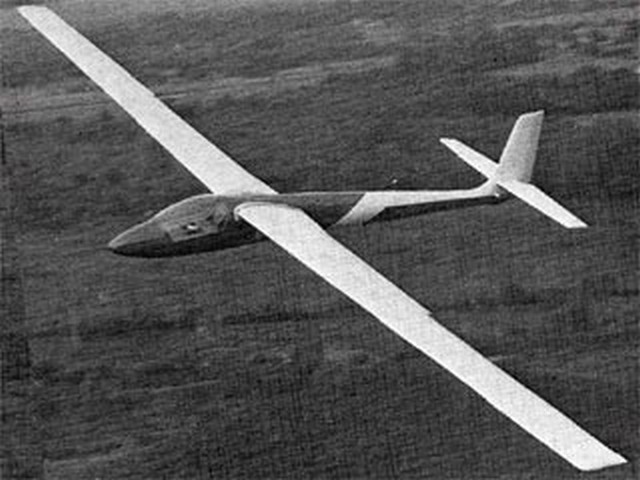