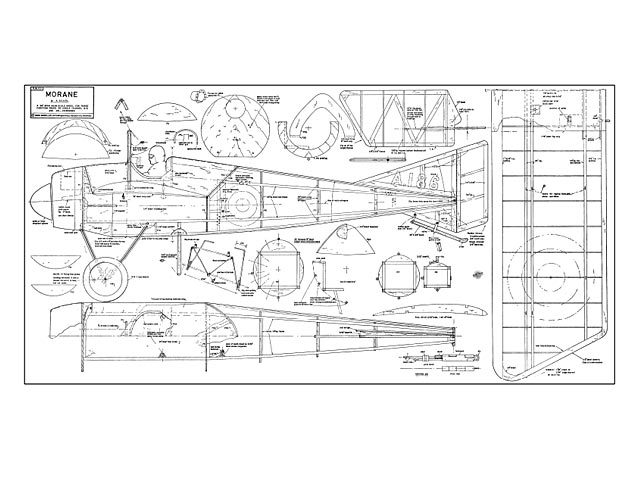 Quote: "THE Morane Saulnier N was one of the most advanced combat planes of its time and, when one considers that it was in service at the outbreak of World War I, its highly streamlined appearance and clean lines are all the more amazing. It was highly manoeuvrable, had an extremely good rate of climb, and with a top speed of 102 mph when most machines of the day could hardly achieve 80 mph, one can understand why it was nicknamed the Bullet. The Bullet was the product of an outstanding designer, Raymond Saulnier (he was also mainly res-ponsible for the design of the Bleriot XI - the cross-channel machine) and was a leading exponent of monoplane design. He had designed a number of very successful slab-sided monoplane racing machines which had just about picked up every speed record before the outbreak of the war. Antony Fokker's Eindecker was a copy of the 1913 Saulnier racer, but Saulnier was not satisfied with the racer and developed the Bullet. This machine was the first true 'scout' design and had a performance that was not surpassed by many fighters even at the armistice, and would have given a better account of itself as a fighter but for two reasons. One of these was the lack of a synchronised gun, and the other reason the attitude of airstaffs of the day to monoplane designs. They claimed they landed too fast - that was, over 40 mph..." 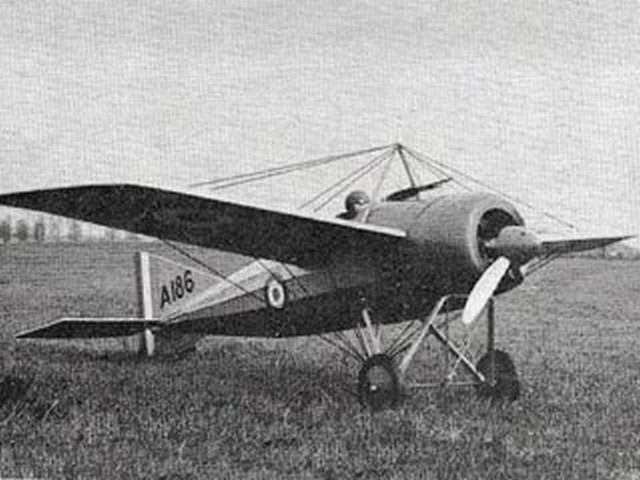 Every time I see this model I think of the 39 Steps with Robert Powell, and if the flying sequences were made with a model or full size. Great film none the less.
John Boy Paddy - 28/07/2020
Add a comment