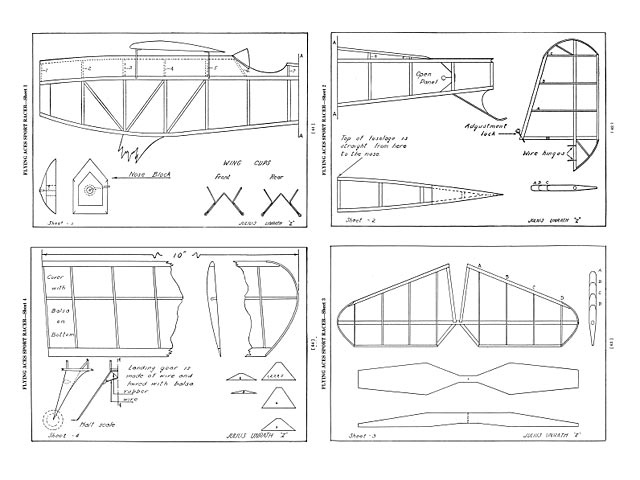 Quote: "The Flying Aces Sport Racer. Build a Fast, Flashy Flying Model of this Modern Sport Racer! 'WHAT a beauty, and how she flies!' That's what I heard someone say, as I was recently chasing the Flying Aces Sport Racer across Van Cortlandt Park. The person who said it knows his models because this one is a beauty when built according to specifications and trimmed up with a bright, flashy color scheme. Here are some of the features that will make you fellows who read FLYING ACES want to build this model: (1) Mono-strut landing gear with shock-absorber. (2) Removable nose-block that won't fall out in a glide. (3) Adjustable parasol wing. (4) V-shaped cowling. (5) Instrument panel. (6) Adjustable rudder. (7) Many other features, most important of which is a construction so strong you can let even your kid brother or sister play with it..."

Quote: "Just for fun I recently purchased a couple of old Flying Aces magazines, the September 1934 edition has a little 20in rubber model called the Sport Racer that I haven't seen before and couldn't find on here, so here's a scan..." 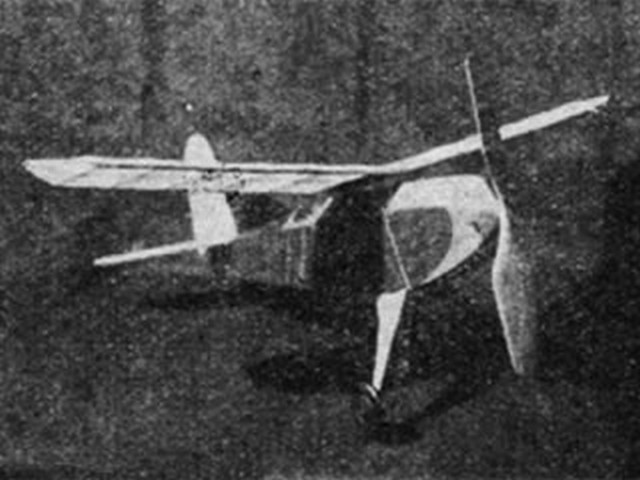