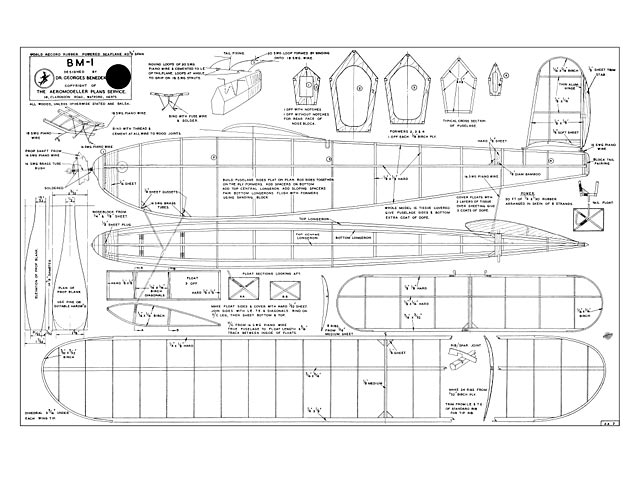 Quote: "The entry of Hungary into the realm of world record claims in the model aircraft sphere has coincided to some extent with its inclusion in the area of Soviet influence, but this must be regarded as no more than chance for the research that has helped Hungarian modellers forward was under way long before these political changes. Main feature of this and other Hungarian winners, is the adoption of their national airfoil section a large series of which has been produced by Dr. Georges Benedek, some of the more useful being covered on other pages of this Annual. Balsa is a rare and almost unknown aid to Mid-European building, being husbanded for such essentials as tailplanes and fins. We have modified the plan to make greater use of the easier medium, and it should, therefore, have an even better potential performance. Owing to the thin nature of the ribs, however, it would be inadvisable to use anything but ply, and main spar should also be of hardwood. Some idea of Hungarian skill under difficulties will he appreciated when it is realised that no strip rubber whatever was available for the record flight. Instead, round rubber strands of about 1/32in diameter unravelled from German 'bunjy' were used, bound into a skein at each end as lengths of strands were insufficient to make a continuous motor. This gave a very short powerful run adding to take-off torque problems as may well be imagined. Again, the use of normal rubber should help performance considerably, and we shall be interested to learn of British results with this model or using similar airfoil sections. The illustrations show the model equipped both as a seaplane and with conventional wheels for R.O.G. In both guises the BM-1 should put up interesting times. Incidentally, the landplane version holds world's distance record in its class with a flight of over thirty miles." 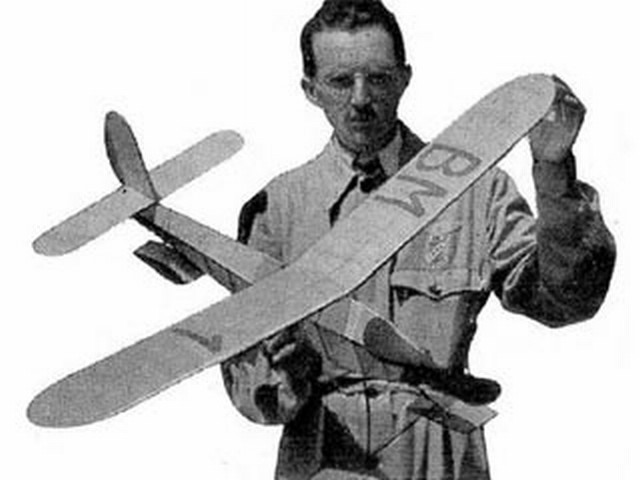