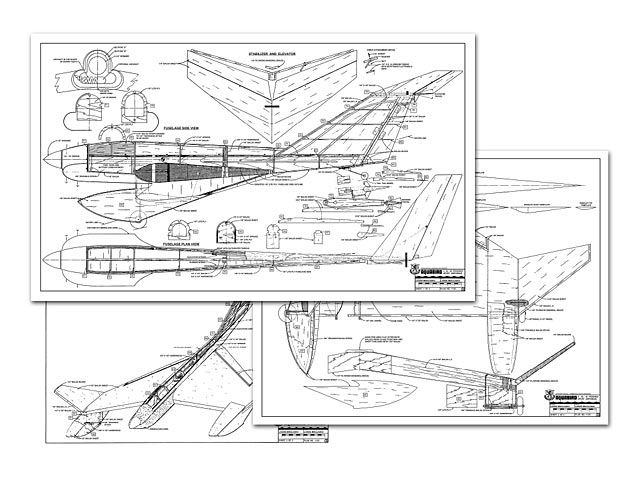 Quote: "The Aquabird design is a culmination of many years of designing models of different shapes and configurations. The idea for this model came to me after I saw a picture of a strange looking plane or flying boat in a magazine several years ago. The wing shape was reverse delta with anhedral and large sponsons on each wing tip. The engine was mounted behind the cockpit high on pylon, in tractor fashion. The stabilizer was mounted on top of the fin. Apparently, this was a proof of concept design to be used on a much larger version of a transport vehicle to fly or skim over the ocean surface.

The design came from a well-known German designer of flying wings, Dr Alexander Lippisch. I have no idea what the outcome of the tests were. Obviously something was not there since we do not see anything of this type flying. This did not bother me as the seeds of this design were planted and I started to make sketches of my version.

The first version had the same type of wing as I had seen in the magazine but I eliminated the T tail. The engine was put in the front and had a single fin at rear. The sponsons were placed under the wingtips. The elevons and the rudder were used for controls.

After I built the model, I went to a nearby lake and tried to taxi on the water surface. That was fine, however, the problem developed when I applied more power. The tail would come up, but at the same time the nose of the sponsons would start digging in causing the nose of the plane to pitch down..."

Article pages, thanks to Pappyd. 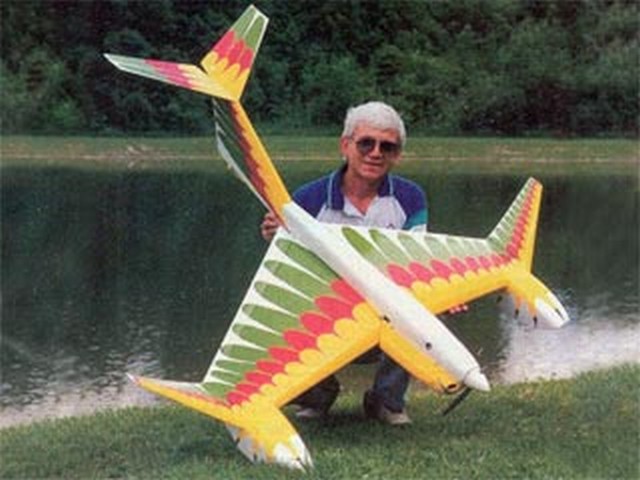