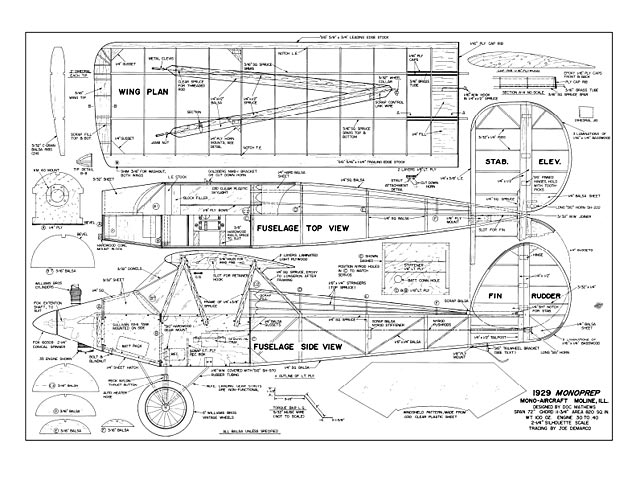 Quote: "That simple stick-and-former scale models have great appeal is evidenced by the literally hundreds of thousands of such kits sold through the years by such firms as Comet, Guillow, and Sterling. These designs are usually compromises between exact scale and the need for simple construction and good flyability. These deviations from true scale are also often present in the smaller rubber and gas-powered scale works of the classic designers such as Stahl, Struhl, Struck, Lindberg, and Winter. 'Silhouette Scale' is an effort to carry that universal appeal into larger radio-controlled models. The Monoprep as presented in this article is not exact or museum scale, but rather a blend of simple and light construction with good flying characteristics. Its outlines and contours are immediately identifiable, particularly in flight, yet it can be constructed in only a fraction of the time required for more con-ventional scale designs. Additional appeal lies in its ease of construction for the less experienced builder, and in its forgiving flight behavior for the less experienced pilot. Although its structure at first glance appears flimsy, it is more than adequately strong to withstand the rigors of sport flying. We have deliberately narrowed the fuselage, lengthened the nose and tail moments slightly, and enlarged the stabilizer area. None of these compromises is readily discernible to the eye, yet they greatly enhance stability and handling... " 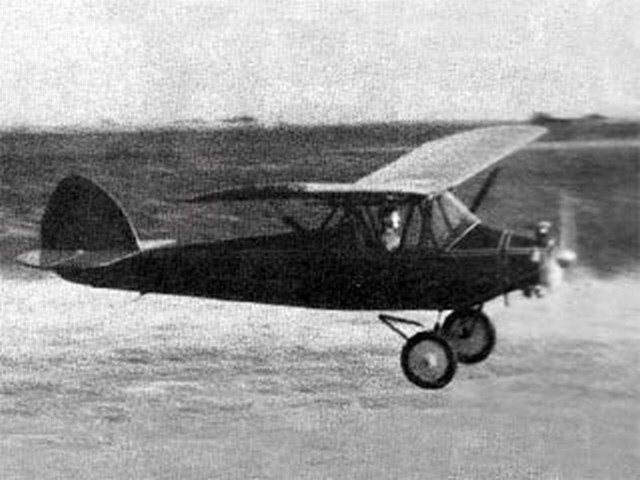