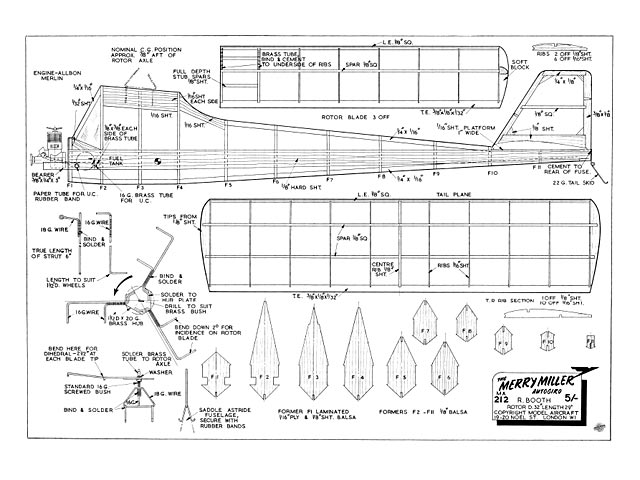 Quote: "Build this simply contructed 'giro for a new experience in model flying. Designed for the Allbon Merlin or enfgines from .75 to 1cc.

Although the writer's name is more generally associated with free-flight scale and tail-less models, we all have the urge, at some time or other, to build and fly something different. Just before the war the Cierva Autogiro rotary wing aircraft became a familiar sight in Britain and certainly paved the way for the helicopter of today.

From the model maker's point, of view the autogiro has one particular aerodynamic complication, and that is the difficulty of balancing out the lift of the upwind and downwind blades of the rotor as they rotate with forward movement of the aircraft. The model helicopter, with its vertical ascent and descent (we hope!) neatly slides round the trick asymmetry of lift which characterises the model autogiro.

However, the writer felt that plain straight up and down flight was likely to become rather dull, so consequently the autogiro was the final choice.

The model depicted here is the second of the series and virtually flew straight off the drawing board. With a little care and thought during the initial stages of test flying, a really reliable model, capable of flights in weather which would ground more conventional types, will be your reward. With the possible exception of the rotor hub assembly, the model is simple to construct and will stand up to really hard knocks..." 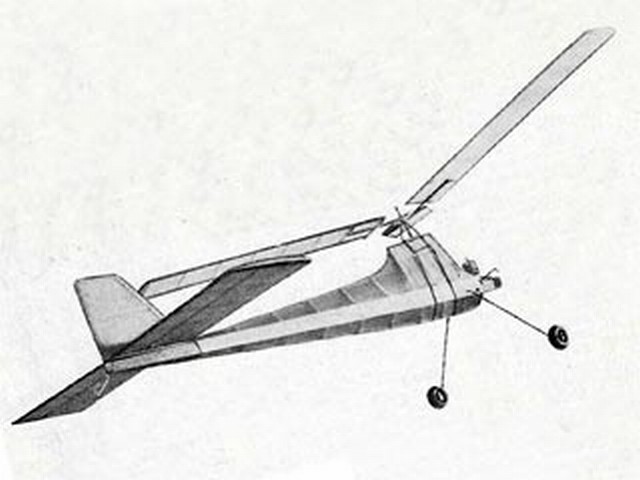