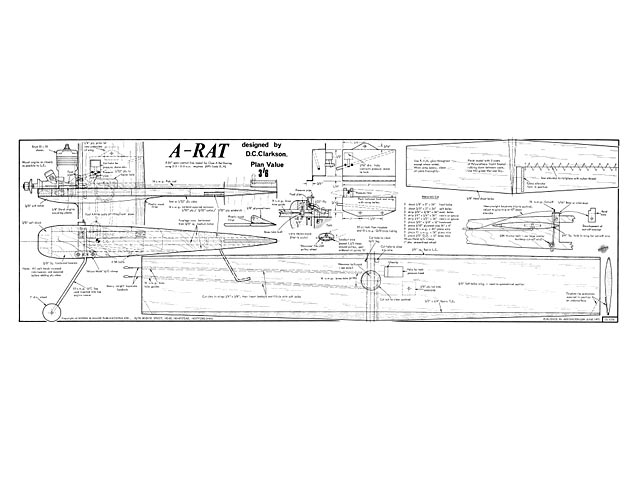 THE AUTHOR'S interest in A-class rat racing started with a contest run by Avro Lancaster MAC last summer at Woodford. The rules for this contest are compared below with normal A-class rules and are worth serious consideration for club contests because organisation required is minimal, and a large entry is not essential.

This contest was enormous fun and the designer returned the winning time of 4.10 for the five miles. A run later on the same day using one pit-man gave a time of 3.46 for the five miles. The fastest model in the air at the contest was G.15 powered, and was timed at 103 mph compared with a timed speed of 86 mph - obtained using the author's-old 120 sq in flat-bottomed wing model which was 'crawling' with drag.

These results set his brain working - if he could build a really clean model, 100 mph should be possible using a standard MVVS 2.5 TRS (now on its third con-rod) and a 3.10 five-mile time could be attainable. Borrowing constructional and design features from 'big' rat racers, and aiming for a 15 oz. all up weight with a 90 sq in wing resulted in A-RAT.

Since A-class rat racing is still in its infancy no great strings of contest successes can be claimed for this model. However, it has proved to be a reliable and sturdy machine - very important in the rough and tumble of competition flying. One word of warning concerning this model is that it was designed for flying over tarmac, and although landings on smooth grass are possible, anything other than this will produce cart-wheeling. Although A-RAT is tough enough to withstand this traetment, it is a most undignified way to arrive.

Construction is traightforward, but remember that accuracy is directly related top strength. Begin by cutting out the 3/8 sheet wing core... " 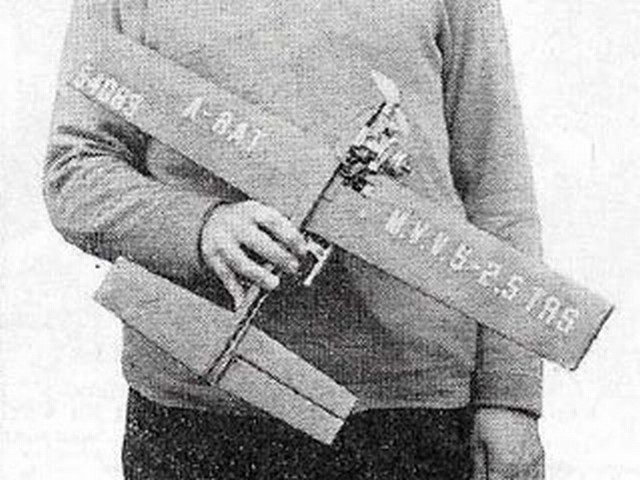