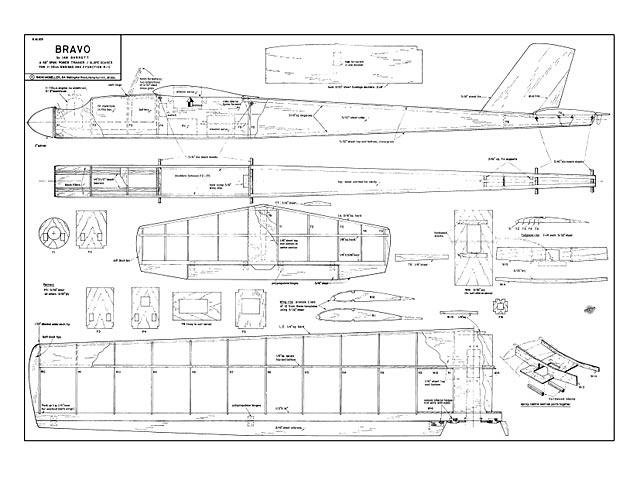 ALTHOUGH designed primarily as a powered-glider, Bravo has in fact a higher performance under power than one has come to expect with this type of model, which also applies to its secondary role - that of a slope soarer. In a bid to produce an economical model, the size has been reduced to a practical minimum for two-channel control. Most economy models tend towards chunky fuse-lages and low aspect-ratio wings. However, Bravo uses a slender box fuselage, supporting moderately high aspect-ratio wings and tailplane. The low drag of the model enables a very ordinary 1.5 cc motor to provide a respectable climb while, in level flight, a surprisingly high speed is achieved. After the motor cuts (no throttle is used), the model settles into a gentle glide, ready to be brought home for a featherlight touchdown.

Building Bravo. Construction should present no difficulty to anyone with previous aeromodeiling experience, so why not rescue that old 1.5 from the workbench drawer, and start work on the fuselage?

Cut the engine bearers to length and bolt the engine to them. Drill recesses for the retaining nuts on the underside of the bearers, and secure them in place with epoxy. Cut out the plywood formers, adjusting the bearer hole positions to suit the motor being used, and glue them to the bearers using PVA adhesive. When the assembly is dry, the fuselage sides and the remaining formers can be added. Note that there is a sheet doubler on both inner sides, running from the wing trailing-edge position forward. Apply adhesive to the longerons, and hold these in place with clothes pegs while the glue dries. The plywood tray for the elevator servo goes in next, and this should be positioned as low as possible in the fuselage to clear the aileron linkage.

Before proceeding further with the fuselage, build the tailplane, which is of straightforward construction. Pick a hard grade of wood for the hinge spar..." 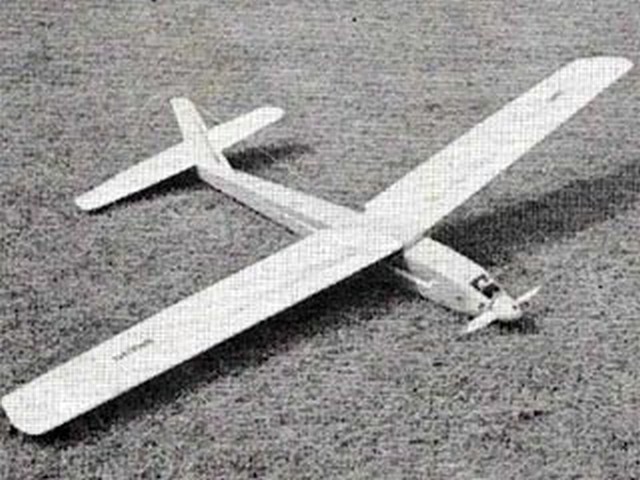