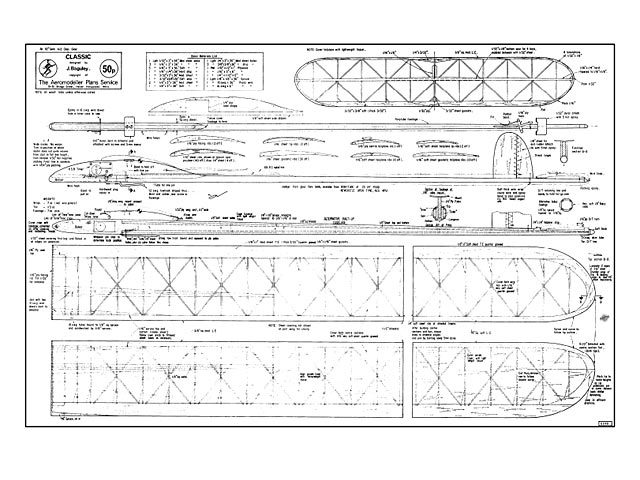 Quote: "The Classic series began in mid 1965 and was mainly inluenced by clubmate Robin Sleight's model which used the B6456f section with sheet upper surface, elliptical tips, polyhedral wing and a 72 sq in tailplane on a long (36in) tailplane moment. The design had an excellent glide, but had a number of structural shortcomings.

The first of the series also used the B6456f section with sheeted upper surfaces, while the tailplane movement was reduced to 28 in with a fin in front of the tailplane plus an underfin. The fuselage used the Lindner style construction of boom ie circular from a 1/8 in sheet box with 1/8 in square spruce longerons, while the nose was dropped slightly. The tailplane used the Lindner tailplane section, which is still retained. This model produced a very good glide but would not maintain trim and had a tendency to weave on tow during gusty weather owing to the thin wing section.

The next versions used a Mike Burrow's wing sec-tion (as I believe is used by John O'Donnell on his A/2s). These models were otherwise identical to the first one, and while the glide was not so good (its duration being about 2:25 to 2:30 unassisted and with everything just right) but they were more con-sistent. Even so, the 1966 Team Trials were lost when a weaving tow caused the cancellation of a flight through throwing the winch, to place 5th with 9 flights out of 10. These models were eventually lost in 1967, one in a fairly spectacular D/T-less fly off of nearly half an hour!

Up to this time, many variations had been tried besides the main development line e.g. different tail sections, moment arms, constructions, tip shapes etc, and in December 1967 stock was taken of the situation. It was realised at this time that the B6456f and Burrows sections had nearly identical under-surface shapes. It was therefore decided to try a section having the average of the upper surfaces. This is not a very scientific procedure but I doubt if many sections used by modellers are created in a better way! This section has been used since and has proved successful, enabling a reliable construction to be developed and having an 'unaided' performance of around 2:35 to 2:40..." 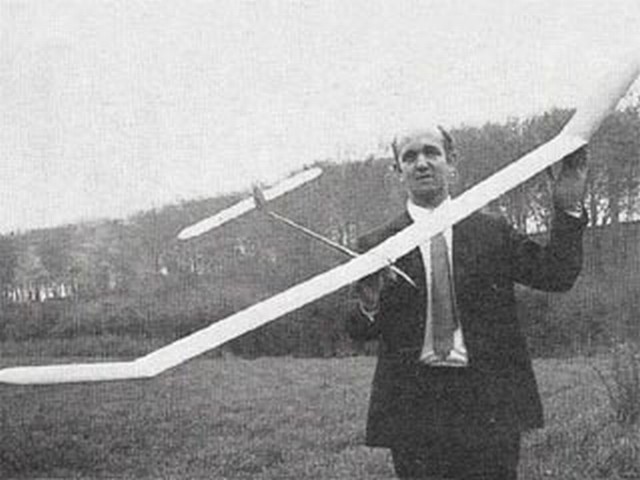