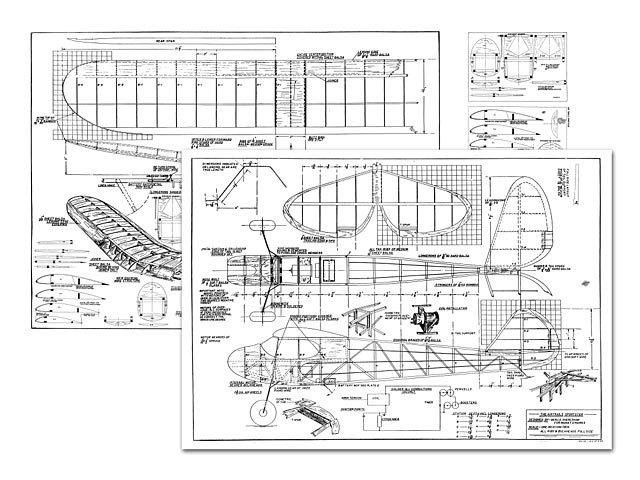 Quote: "THE AIR TRAILS SPORTSTER is an efficient little gas job for small-bore engines. Although it is said that small gas models suffer losses in glides and other important performance characteristics, the difference in the performance of the Sportster to that of its big brothers cannot be denoted. Having ample wing area to take care of the larger of the small-bore engines, it is yet light and efficient enough to fly well with a 1/2"-bore motor.

This little ship is simple to build, and with a bit of painstaking care in its construction you will be well rewarded with a model that possesses a smart appearance and contest performance. Read the text and study the plans minutely before any of the actual construction work is attempted.

First select a flat seasoned workboard upon which to build the fuselage and wing. The next step is to scale all of the drawings which are quarter scale to full size. Do your utmost in doing an accurate job of this, and by all means use a set of draftsman's instruments in doing it. After the fuselage layout drawing has been completed, it is best to cut all like cross members simultaneously. The stern post should be joined first, the portion around the greatest cross-section next, and then the nose end. After allowing the assembly this far to dry..." 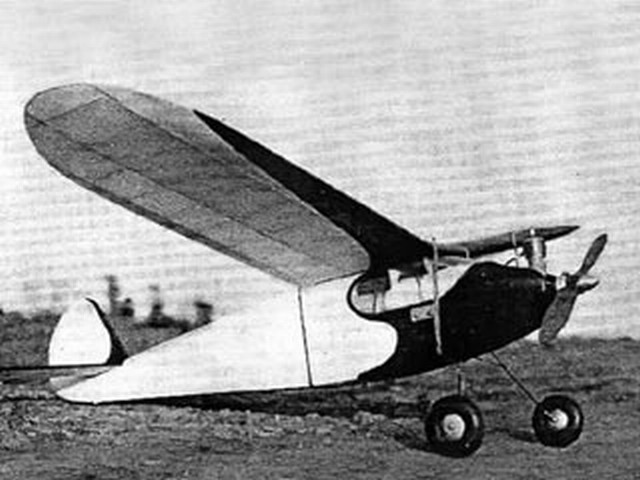