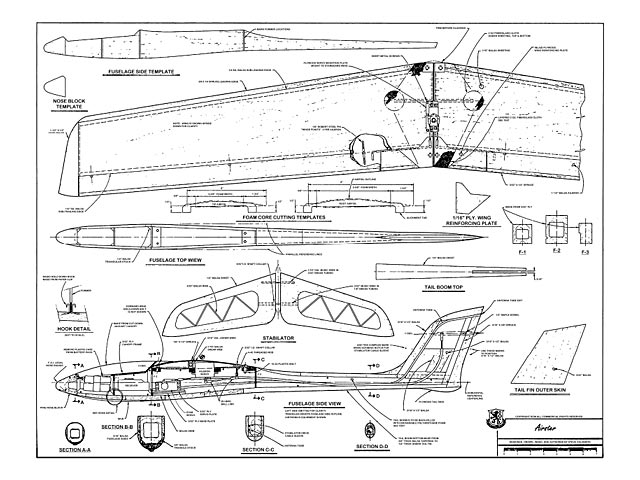 Quote: "Designed by Steve Calderon for a 'take anywhere' slope soarer. Its fantastic performance along with being able to fit into a small box makes it a great addition to your stable of models.

Maybe it's never happened to you, but it seems to happen to me on a regular basis. You'll be driving along on the coast, or maybe up in the hills, when suddenly you stumble across a perfectly soarable hill. The wind is perfect, the birds are having a great time, and there you stand watching and wishing. Wishing that you'd brought along your slope glider.

It's for moments like these that the Airster was designed. Although there are a lot of well-designed, fully acrobatic slope gliders commercially available, none of them can fit into a 34 x 9 x 4-1/2 inch carrying case. (Because the Airster's so easily portable, you tend to take it with you more often than not.) They also can't match the Airster's broad speed range. At the lower end of its performance range, the Airster can stay up on the same lift as a Ridge Rat (oz7475) or a Katy II. However, at the upper end of its performance range, assuming the same wing loading, it can easily chase an SR-7 around the sky. How's that for a wild claim?

The secret is in the 8% thick speed airfoil, rather than the conventional thick, semi-symmetrical, acrobatic airfoil. This airfoil, designed by Jack Caldwell, has a sharp entry which allows for excellent penetration. It tip-stalls at a slower speed than the Ridge Rat and does not have the nasty tip stall/spin combination of the Katy II. When you stall it going into the wind, there is no tendency for one wing to drop before the other. All in all, the Airster behaves itself while being very aerobatic.

While there is no such thing as a perfect slope glider, the Airster might make a good choice if your plans call for a vacation on the coast or in the mountains. I took mine to Hawaii and had a ball flying it in those warm tradewinds.

The Airster has the FAI legal nose radius for sportsman class slope racing. At 15 ounces per square foot, it's much faster than an F3B Mini-Merlin similarly loaded. The foam wing and fiberglassed balsa wood fuselage are straightforward, easy to build items, and the overall cost of this project is quite reasonable. An easy to follow fiberglassing method is described. So what are you wainting for..."

Quote:- "When Elijah made the extant plan, from JHatton's scans, the legend/data block was blurred. Elijah did not notice that the scale bar was 7-inches, instead of the 6-inches we see in almost every plan and made the aircraft plan at 6/7 scale (87.7%).
I re-scaled the plan, touched up the geometry, and restored the text. As drawn, the printed plan is 48 inches high." 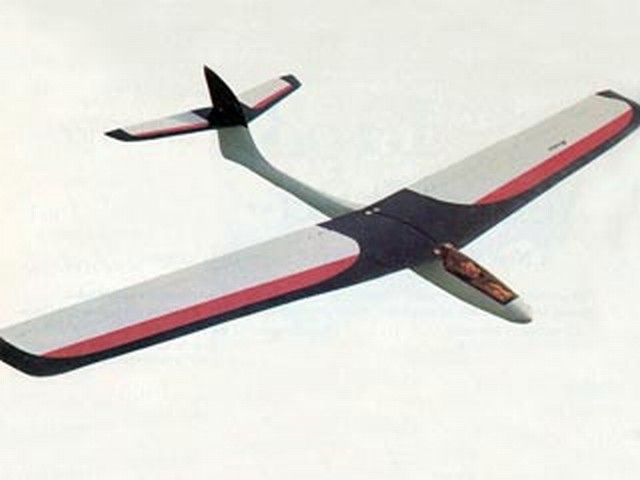