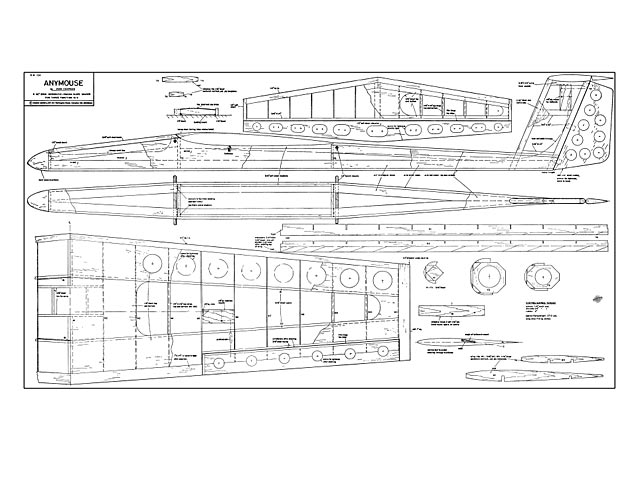 Quote: "When I first became interested in slope soaring, I looked over the published designs but could not find what I felt was a good looking model. This only goes to show that modellers have very individual tastes, of course. I therefore bought a kit for a fairly straightforward non-aerobatic glider on which to learn the basic skills of slope soaring. This model proved quite successful but, being non-aerobatic, I soon became bored just stooging to and fro along the slope, especially when the lift was good; after all, I had been flying acrobatic power models for the previous twelve months or so. Having learnt the basics of slope soaring, I decided that an acrobatic model would be a good thing to keep me amused and presented more of a challenge.
I decided therefore to design my own model, working on the well-tried aeromodelling rule that if it looks right, it should fly. There are those, of course, who question the 'looks right' bit, but this is tied up with basic requirements as well as aesthetics. It had to have a large wing area to help cope with occasional marginal lift conditions, but not too large a span or it wouldn't go in my car - not to mention the question of roll-rate - so it had to have a large chord. It also had to have good penetration, as the wind speeds in Cornwall rarely drop below 15 knots and at times are very much more, so I decided on a 9 percent thickness/chord ratio. Also, as it was to be aerobatic, the aerofoil section had to be symmetrical.
I chose a high wing position in order to keep the ailerons as far as possible from the ground on landings, as some Cornish sites are rather on the rough side. The high tail-plane was used for the same reason. I have a preference for slim fuselages as they do improve penetration - and the long nose was designed to increase the moment arm to the cg and therefore reduce the weight necessary to get this in the correct position. This, in turn, helps to keep the overall weight low, and I was aiming for around 2-1/2lb flying weight." 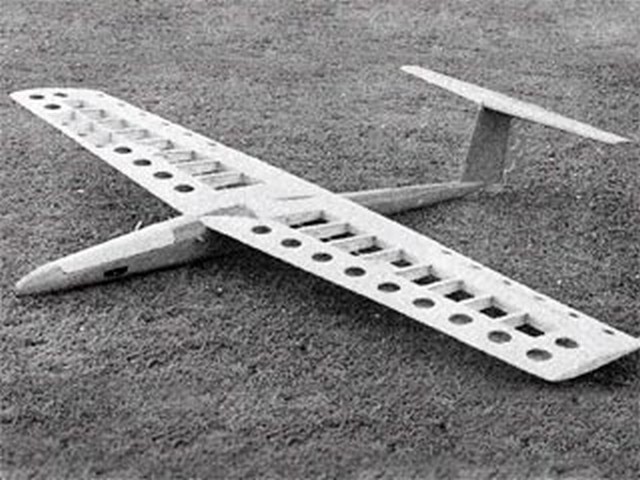