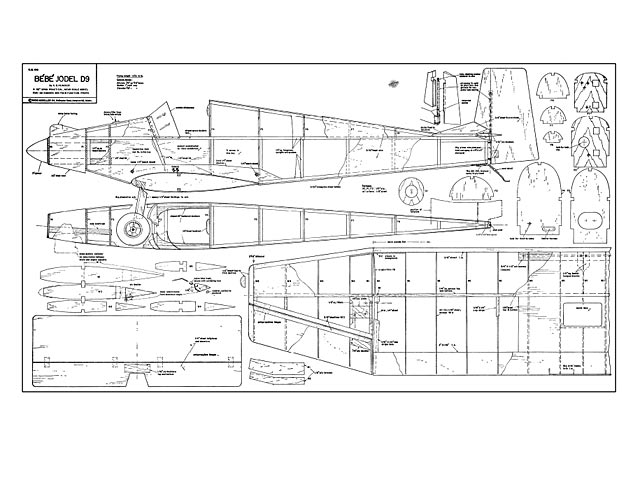 HERE IS a simple near-scale rough field sports model, for all those who want something that 'looks like the real thing' yet which has a sparkling performance. It was originally brought into being by the need of a model to fly quickly - an acute shortage having been caused by low inverted runs getting a bit too low (6 in under-ground, in fact). However, out of misfortune sometimes cometh good - and the Jodel has certainly turned out to be a really good.

My original is powered with a K & B 40F (the Perry carb one), but if the structure is kept light, anything from a .29 would do comfortably. In fact, a great deal of the time one is flying on half throttle so as to keep the speed a little more realistic - on full throttle with the 40 she really goes, and uses up a lot of sky.

I don't think I would recommend this model to the out-and-out tyro, even though the construction is simple (don't worry, Keith—the tyro always wants to build a Lancaster com-plete with retract gear for his first model! - Eds). It is perhaps a little sensitive on elevator so, if anything, keep the CG a little ahead of my indicated position, to start with. With the CG as shown, though, she is just right for me (and if I can fly it, almost anyone can). I think that keep-ing the weight down is important with this machine. The proto-type weighed 5 lb, all-up, which included !).lb. of lead in the nose (I always seem to build tail-heavy!) so keep that tail end just as light as practical.

Construction Notes. I think that most of the construction is quite straightforward, and that any modeller who wants to build the Jodel would be quite capable of doing so without my interference, so I will simply point out the odd bits and pieces of note, here and there. Like the short engine bearers which enable the tank (6 oz square type), receiver, Deac and foam packing, to go in front of the cockpit. This leaves space for a proper pilot, but does tend to give a little trouble getting the fuel pipes through the firewall. They can be threaded through by inserting, temporarily, a piece of piano wire..." 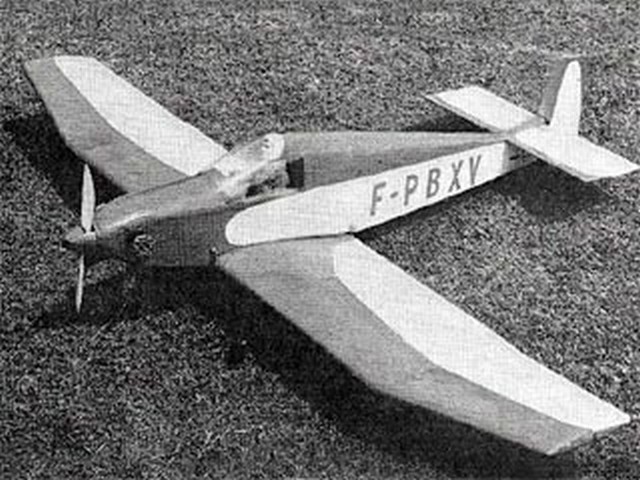