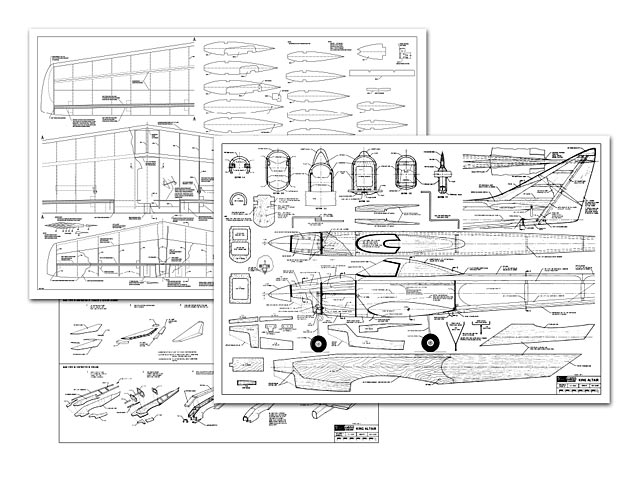 Quote: "THE King Altair is basically a scaled-up version of the latest of the Altair multi ships that I have been experimenting with and flying during the last three years. Good looks, simplified construction and excellent performance in an aircraft larger than the average R/C multi job flown today, have been the main goals pursued, and from all indications thus fat, have been achieved in this multi ship.

The King Altair is a relatively large ship, 80 in span, 71 in long, with 860 square inches of area, and weighing 8-1/2 lbs. You might wonder why I have gone the larger than normal route as far as R/C multi ships are concerned, but I believe that this size aircraft has certain advantages over the smaller type of ship we have known in the past few years. A few of these advantages, I believe are - greater fuel capacity, easier installation of radio gear, a greater landing gear track, which make for much better ground handling, less susceptibility to small wind gusts, and a softer, more graceful response to control application, and it just looks better.

May I assure you that the size of this bird is not the least bit detrimental to performance. One other surprising thing about the King Altair is that it moves out very well when powered by a good, hot .56 or higher displacement engine; yet it can be dragged in for very slow, realistic landings. The ship performs the patterns with real elegance, which I believe, is due to its size. All maneuvers appear clean and precise.

I have been flying the King Altair with proportional equipment, whereas the earlier, smaller Altairs were flown on reeds; yet these smaller Altairs displayed exceptional performance. This big job should do just as well on reeds, if you are not a proportional flyer. I designed the King Altair with an inverted engine set-up mainly for a clean front-end configuration. For one thing, the top nose line remains unbroken from spinner to canopy, giving the airplane a more scale-like effect. Also, the area around and in front of the nose gear is a rather dirty area aerodynamically anyhow, so why not utilize it instead of adding another one on top of the fuselage.

Some R/Cers may look upon the inverted engine with skepti-cism, since all kinds of problems are associated with inverted engines. The secret of starting and running an engine successfully is to spend some time learning the idiosyncrasies of your particular mill, finding the proper needle valve setting and leaving it alone, priming sparingly, utilizing a good glow plug, and checking the plug just before an official flight to be certain that it is not loaded with castor oil. I have learned these little tricks over a period of time and I can honestly say that I now experience very little trouble with the inverted engine set-up..."

King Altair RCM 207 - This pdf file has all three sheets for King Altair. The scans for the wing were too distorted for me to get an acceptable rendering. I then decided to do a cad drawing of the wing. The wing drawing is extremely busy with a lot of redundancy. It can be quite confusing. Hope you enjoy. Gene 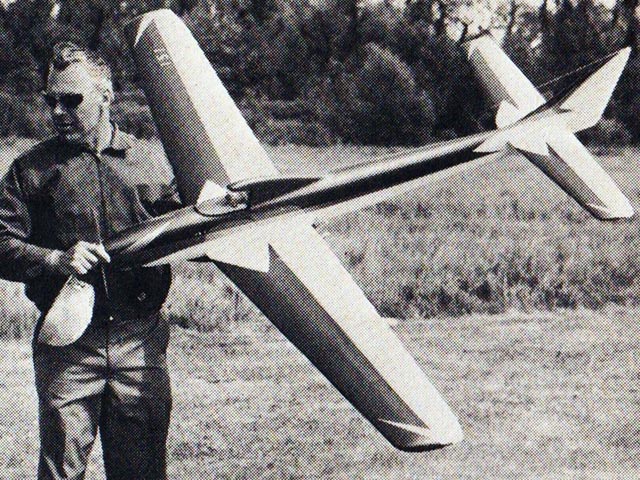