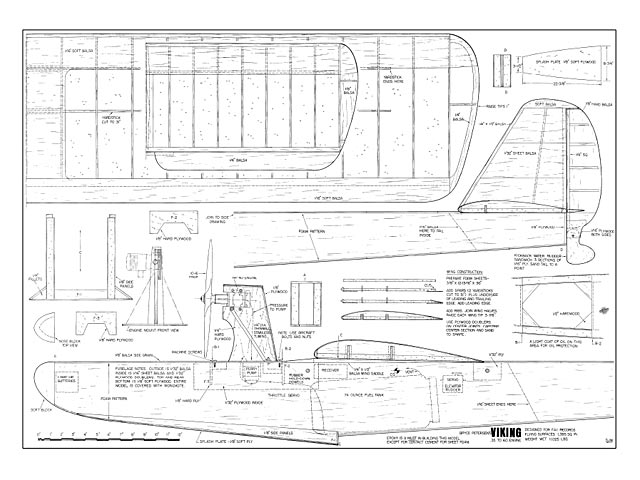 Quote: "The Viking breaks a record - It requires an efficient hull to lift a belly full of fuel for a new FAI record.

When one sits down to build a model to win a World Record, some unusual things have probably taken place in the modeler's mind to create the belief that he can win it. He knows he must have a gimmick that will give him a slight advantage.

Five years ago, the USSR held the seaplane distance record totaling 11 miles. With off-the-shelf equipment and fun fly designs, I was able to advance the record to 26.5 miles. Since that time, I have observed with amazement how the USA and USSR have played ping-pong with the record. Back and forth it went, until it settled down in the USA at 83.1 miles.

These super modelers were using advanced technology and designs and having a ball. I studied their designs and advanced techniques, hoping to get back in the race someday. After you win one of those records, it becomes a necessity to get it back.

When the Perry fuel pump was announced, I felt sure I could modify it to work with a small engine. This would solve that almighty fuel supply problem. My next advantage was my experience with Ucon lubricant. Using only 15 percent Ucon and half throttle, my engines purred like a kitten, cool and happy during field tests. There were many problems to overcome. I sizzled one engine during my first attempt at the record. It turned out that the G forces leaned the mixture during the tight pylon turns. My trusty Kraft radio had to be rigged with one amp-hour batteries to handle the four-hour duration. I was really surprised to find that the flight pack had a mere 125 milliamp drain with two servos in motion, so the one amp-hour batteries were just a safety measure.

A New FAI World Record: On September 14, 1975 at 3:43 pm, a giant fuel-laden seabird was released from the sandy shores of the Kanawha River at Diamond, West Virginia. Its nervous pilot was standing halfway up the muddy riverbank peering through an open spot in the trees hoping it would become airborne before it went out of sight. My fears were uncalled for because the 'Viking' has proven itself time after time to perform unbelievable feats. In about 150 feet, the model was skipping on top of the water and saying to me, 'Man, give me some up.' Now that it was airborne and in a gentle climbing turn..." 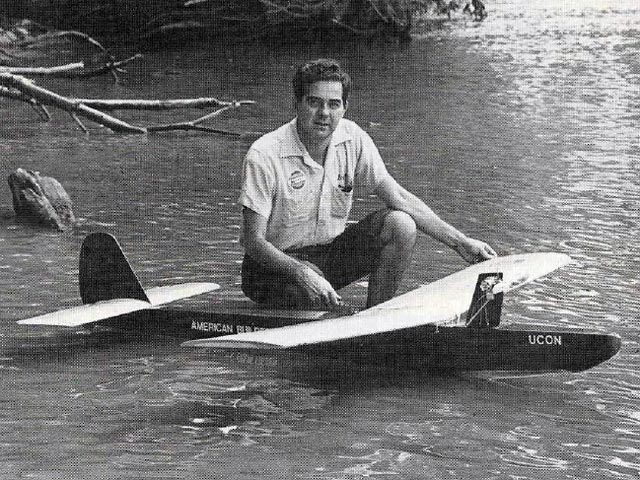